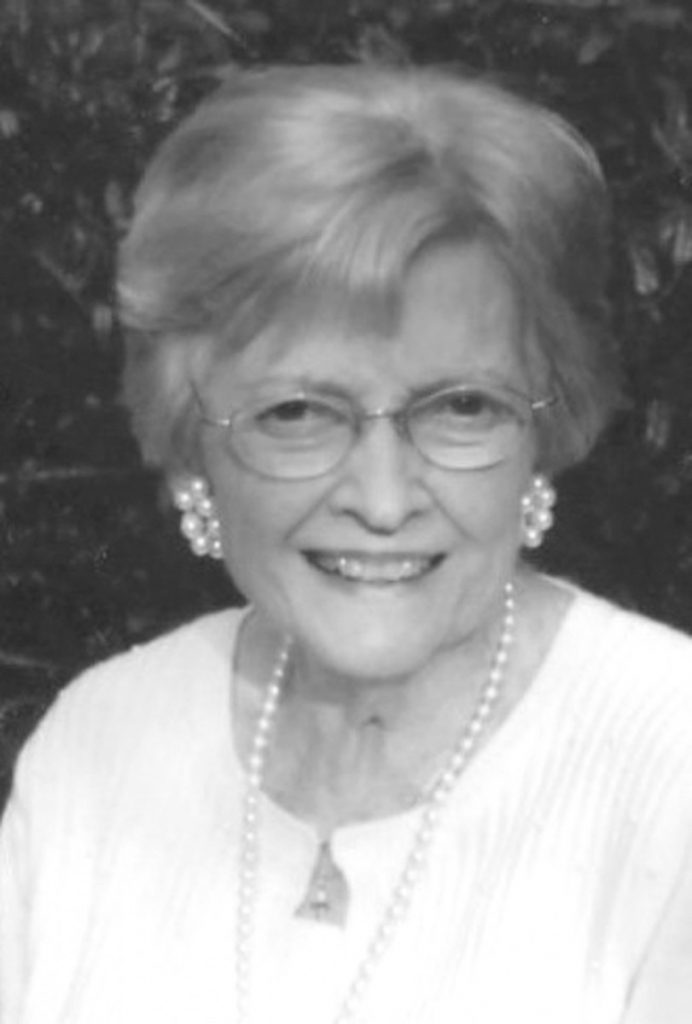 Joanne Pierce Drake, age 90, of Donalsonville, Georgia, passed away on Friday, August 31, 2018, surrounded by her family at her home.

A Celebration of Life service was held at Friendship United Methodist Church on Monday, September 3 at 11:00 a.m., officiated by the Rev. Nate Lehman, with interment following at the Friendship Cemetery.  The family received friends preceding the service from 10:00 to 11:00 a.m.

Joanne Elise Pierce was born in Savannah, Georgia, in 1928 to the late Rev. Luther Elton and Cleo Jones Pierce, a Methodist minister and wife, who spent a lifetime of ministry in various parishes in rural Georgia. After graduating as Valedictorian from Claxton High School in 1945, she attended Andrew College in Cuthbert, GA, earning her Associates of Arts degree in music. She then completed her B.A. in Social Science at Georgia State College for Women.  She began her life-calling as a teacher, that of “molding young lives through the medium of the classroom.” When her father was appointed to Friendship Methodist Church in Donalsonville in 1949, “Miss Pierce” began her teaching career in Malone FL, then Seminole County Schools as a music teacher.

While serving as her father’s church choir director and organist, she met “a fine young tenor” named Joseph “Wallace” Drake, whom she married on June 18, 1950. She left the classroom to raise her three young sons and assist her husband with his farm implement business, People’s Supply Company. In 1970 she resumed her teaching career with Seminole County Schools, teaching history and choral music until her retirement.

Mrs. Drake was a member of Friendship United Methodist Church, where she was actively involved with the Addie Brigham Sunday School class and the Worker’s Guild Circle. In 1973, the Chamber of Commerce honored her as Woman of the Year.  Mrs. Drake was a member of the Georgia Mothers Association, having been honored as Merit Mother in 1983.  One of her proudest honors was being co-named in the creation of the Rambeau-Drake National Junior Honor Society by Seminole County Schools. In 2013 the Joanne Drake Music Scholarship was established in her honor at a community concert where over 40 former students and choir members gathered from around the country. From her several hundred music students, at least 40 went on to become professional musicians, music teachers or church choir directors, a testament to Mrs. Drake’s inspiration and quality teaching.  She was also honored by her church for her 57 years of service as Director of the Chancel Choir and organist, known affectionately to them as “Coach.”

“Who can find a virtuous woman, for her price is far above rubies.” Proverbs 31:10