On Tuesday, August 28th, Junior Macy Williams pitched a perfect game against Webster County in a 12-0 victory.  Even more impressive was that she struck out all twelve batters she faced in the game.  Macy, shown at right with her proud coach Truette Johnson, is in her third year as the ace on the staff.  Already, Macy has been recognized as the 1-A Region pitcher in her young career, with more accolades sure to come her way.

The Lady Indians have been enjoying much success in their recent winning streak.  Including the perfect performance by Macy, the Lady Indians have outscored their opponents 72-3 in the last six games.  Freshman Hillary Bell posted the victory as she shut out Randolph Clay 10-0 on August 30th.  Pelham was beaten 15-0 in three innings in which Macy gave a command performance by no-hitting the Hornets, striking out the first six batters she faced in that contest. The defending region champion Baconton Charter came to town on Sept. 5th, and were defeated 2-1 behind Macy’s four-hit gem. Last Thursday the Lady Indians defeated Calhoun County 14-2. Finally, this past Tuesday saw both Macy and Hillary work together to no-hit Pataula Charter 19-0. 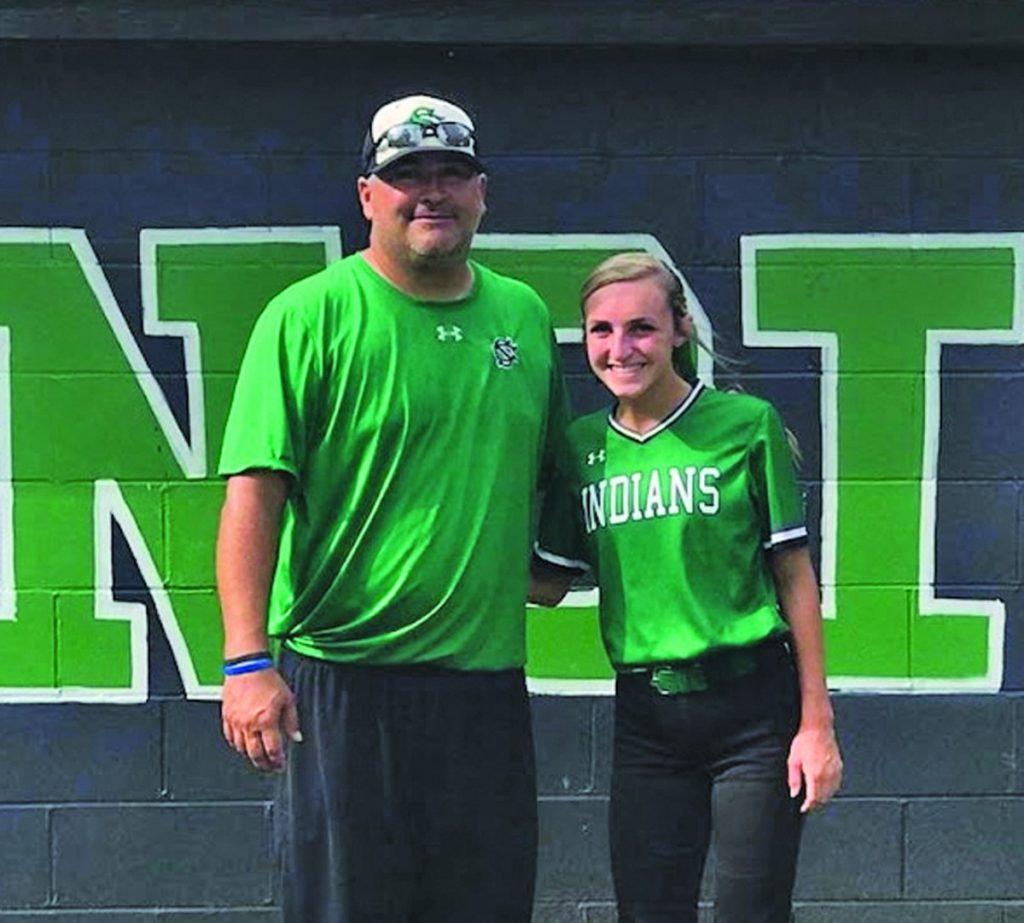