Back in July, Dee and Paige Miller were notified that 3E Miller Farms, Inc had been selected as a region winner and state finalist in the “Farm Family Program for Outstanding Accomplishment” contest.  Three other families were selected as state finalists based on their respective applications as well.  Those families are:  Trenton and Sarah Smith of Wilkes County (North Region); Jaye and Leslie Brown of Dodge County (Central Region); and Ladon and Kayla Calhoun of Miller County (South Region).  There are 57 Georgia Young Farmer Chapters across the state, and these were the chosen families who will advance for further recognition.

After learning who the four finalists were, a Farm Family Judging Tour and Interview schedule was established with each of the families.  Those traveling to facilitate the tour and interview process were Chris Corzine, GYFA Executive Director; Thomas Carter, Georgia Development Authority Executive Director; Kale Powers, Georgia Development Authority Loan Specialist; Don Wilder, Retired Georgia Development Authority Assistant Director and Bret Reece, videographer.  There were three retired agricultural industry professionals who served as judges for the competition.  The judging team began the tour schedule early last Tuesday by conducting their evaluation of the Smith Family in Wilkes County before traveling down to Central Georgia where they would resume judging Wednesday morning.  Their first stop Wednesday morning was made in Dodge County before visiting Miller County that afternoon.  The judges made their final stop in Seminole County on Thursday at 3E Miller Farms in Iron City.  Each family took a photo with region winner signs before official judging began.  A time limit of 1.5 hours was given to each family to conduct an interview to explain the history and operation of the farm, and an on-site physical tour of the farm.  After completing the on-site tour of 3E Miller Farms, the judging team journeyed to Tifton where they completed their final Farm Family assessments.

Now that the evaluation process is over, none of the state finalists will know the results from judging until the first weekend in February at the GYFA Convention which will be held in Augusta.  The Farm Family Tour that was conducted last week marked the second state visit for Seminole County and its Young Farmer Chapter.  Jeff and Susan Braswell of Braswell Family Farms were chosen as Region Winners and State Finalists just two years ago. Seminole County Young Farmers are hopeful that more honors will follow at the state convention in February.

“Many thanks go out to the Georgia Development Authority and Atlantic Southern for sponsoring the Farm Family Program, and to the judges who volunteered their time to determine a state winner,” commented Seminole County Young Farmer Wes Pace. 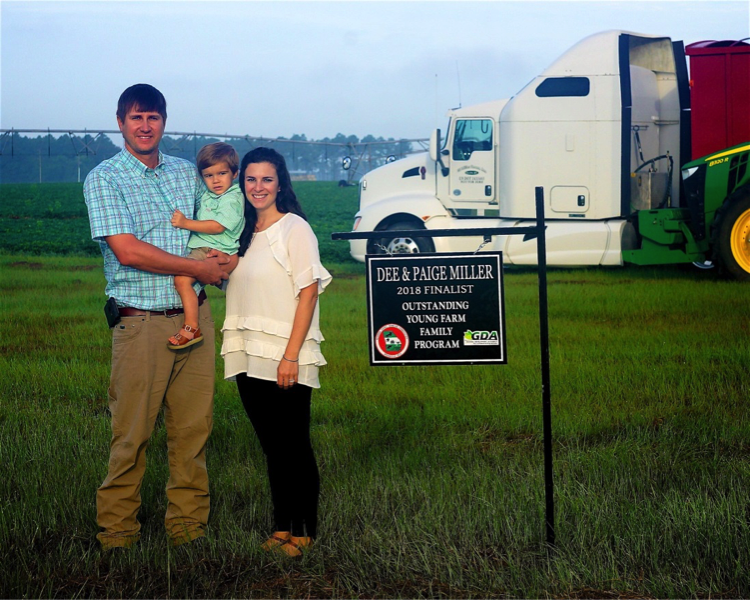