This year’s show set a new record of fifty-seven 4-H  and FFA members who exhibited fifty-seven heifers and twenty-four steers for a total of eighty-one animals.

The Southwest Georgia Invitational Cattle Show was held this past Saturday at the Seminole County Agricultural Center show barn. The event is one of the few existing invitational cattle shows in Southwest Georgia.  Just last year, the show experienced a huge boost in participation which resulted in a show record of fifty-three youngsters who exhibited fifty-five heifers and twenty-three steers for a total of seventy-eight animals.  This year’s show set a new record of fifty-seven 4-H  abd FFA members who exhibited fifty-seven heifers and twenty-four steers for a total of eighty-one animals.  The weigh-in for all steers and heifers was held from 8:00-9:00 a.m., and the show began at 10:00 a.m. with Senior Showmanship followed by Junior and Elementary Showmanship.  The heifer show was held next with a total of ten classes followed by five classes of steers.

The Seminole County Young Farmers are proud to host this annual event, and look forward to its continued growth.  The fifty-seven exhibitors from Georgia, Florida and Alabama who competed are to be commended for their efforts on such a hot day.

The Young Farmers would also like to recognize and thank LMC for donating the laser cut cattle that was awarded to our exhibitors for their participation and winning efforts.

The first and second place class winners for the heifer and steer shows were as follows: (first place followed by second) 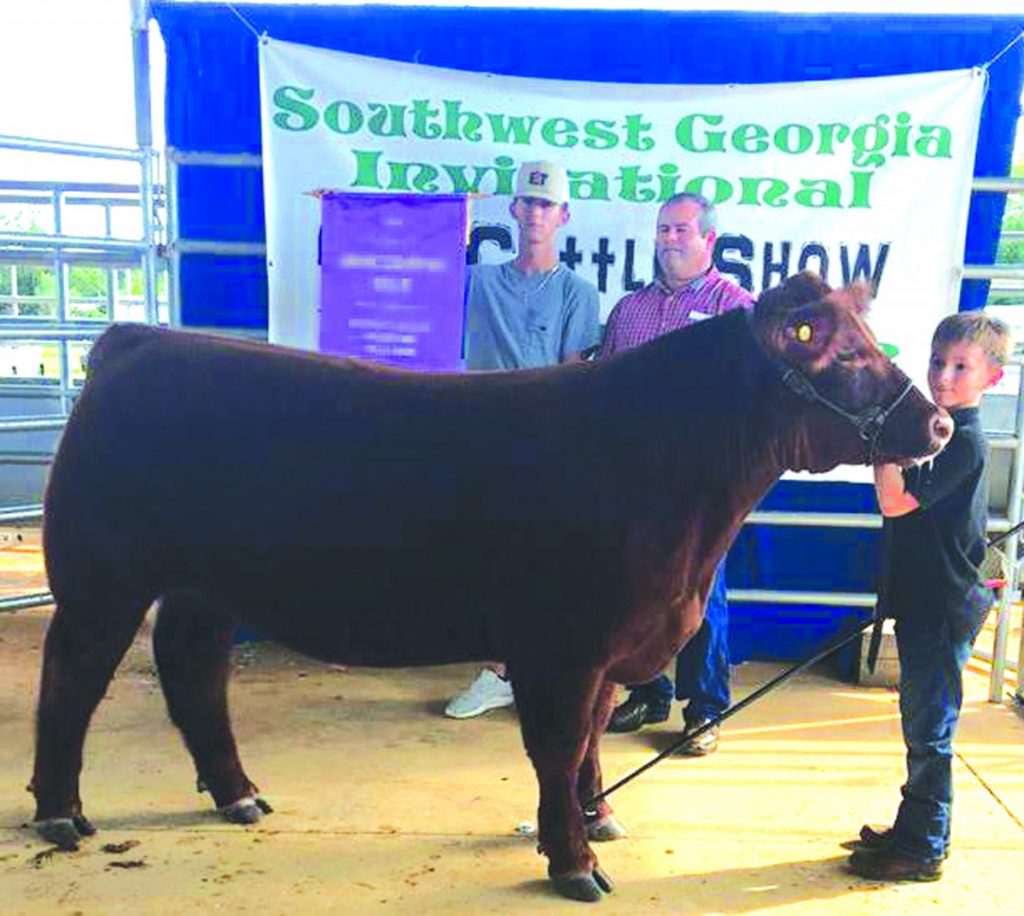