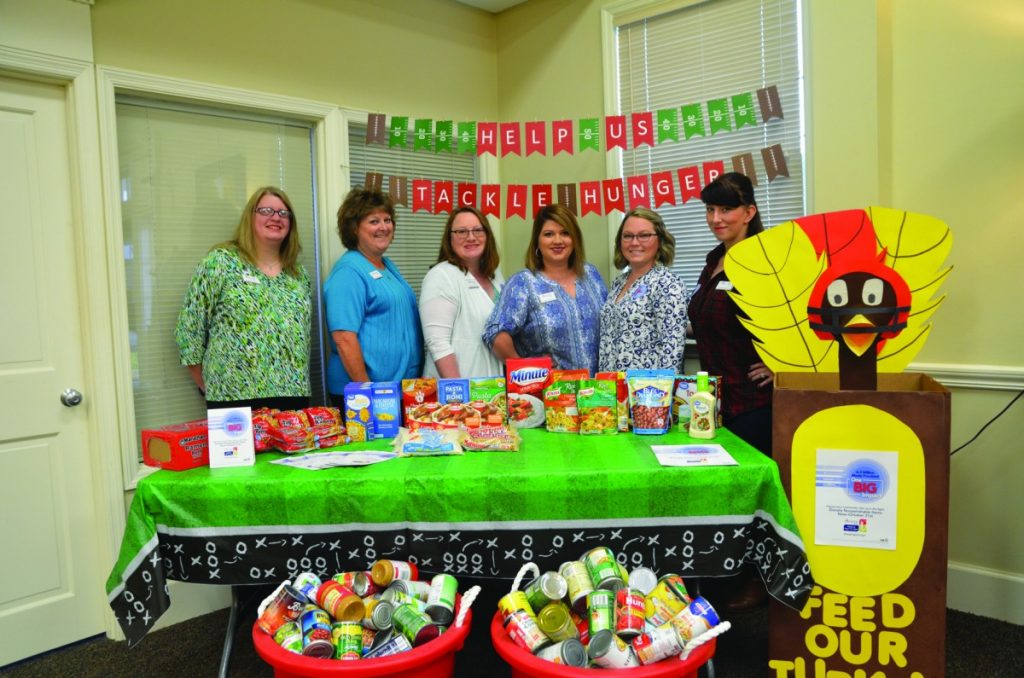 Ameris Bank announces its ninth annual Helping Fight Hunger food drive initiative taking place during October at the Donalsonville branch and all of its bank branches throughout the Southeast. All bank locations are collecting nonperishable food items to donate to local food banks as part of the company-wide initiative.

The Helping Fight Hunger initiative will unite all bank locations, divisions, customers and community members to one common cause: collecting food items for those in need in the fight against hunger. Friendship United Methodist’s food bank in Donalsonville and food banks in every town with an Ameris Bank location will receive the donation of goods collected at the local bank branch, plus a monetary donation from Ameris Bancorp. Donations can also be dropped at both Donalsonville grocery stores and Minto’s Grill. SCES is having a food drive competition among the classes.

Since the inception of Ameris Bank’s Helping Fight Hunger initiative in 2010, Ameris Bank has made a significant impact in the fight against hunger, collecting over 4.4 million food items that provided more than 6.3 million meals to families. More than $655,000 has been donated to 78 partner food bank organizations.

“Each year, our Helping Fight Hunger initiative directly impacts families in over 65 communities where we operate.  Last year, we collected nearly one million nonperishable food items for local food banks and donated an additional $100,000 to further the reach of these critical organizations,” said Ameris Bank CEO Dennis Zember. “This year, we aim to break last year’s record and collect more than one million food items. We encourage our employees, community partners and customers to share in our passion for making a difference by donating food items that positively impact families in need.”

Ameris Bank believes in its communities and in the power of giving back. A collection box will be inside each Ameris Bank location where customers, employees and community members can participate by dropping off nonperishable food items during the month of October.