As dusk turns to dark during the first week of October, more than 80 iconic buildings, landmarks and fire departments across the country will glow in respect of the fallen and their families for Light the Night for Fallen Firefighters.

Participants include One World Trade Center in New York City, the Miami Tower in Miami, the Willis Tower in Chicago, LAX in Los Angeles, and the Bank of America Plaza in Dallas. This nationwide lighting is part of the National Fallen Firefighters Memorial Weekend, October 6 and 7, in Emmitsburg, Maryland and sponsored by the National Fallen Firefighters Foundation (NFFF). The Donalsonville Fire Rescue Department will light up in tribute beginning at dusk each night October 1 – 7.

“The Donalsonville Fire Rescue Department is honored to take part in Light the Night for Fallen Firefighters,” says Chief Dean King. “We are proud to add our light to this radiant nationwide tribute. Our lights shine bright, not only in memory of America’s fallen heroes, but in support of their loved ones.” On Sunday, October 7, the lives of 80 firefighters who died in the line of duty in 2017 and 23 firefighters who died in previous years will be honored during the National Fallen Firefighters Memorial Service. A bronze plaque bearing the names of the fallen will be officially added to the National Fallen Firefighters Memorial. These firefighters will also be remembered in a special Candlelight Service on Saturday, October 6 at 6:30 p.m. (ET). King added, “We encourage everyone to lower their flags to half-staff this Saturday thru Sunday as part of this memorial. A complete list of fallen firefighters being honored, along with Memorial Weekend related videos, photos, media and broadcast information is available at weekend.firehero.org.” 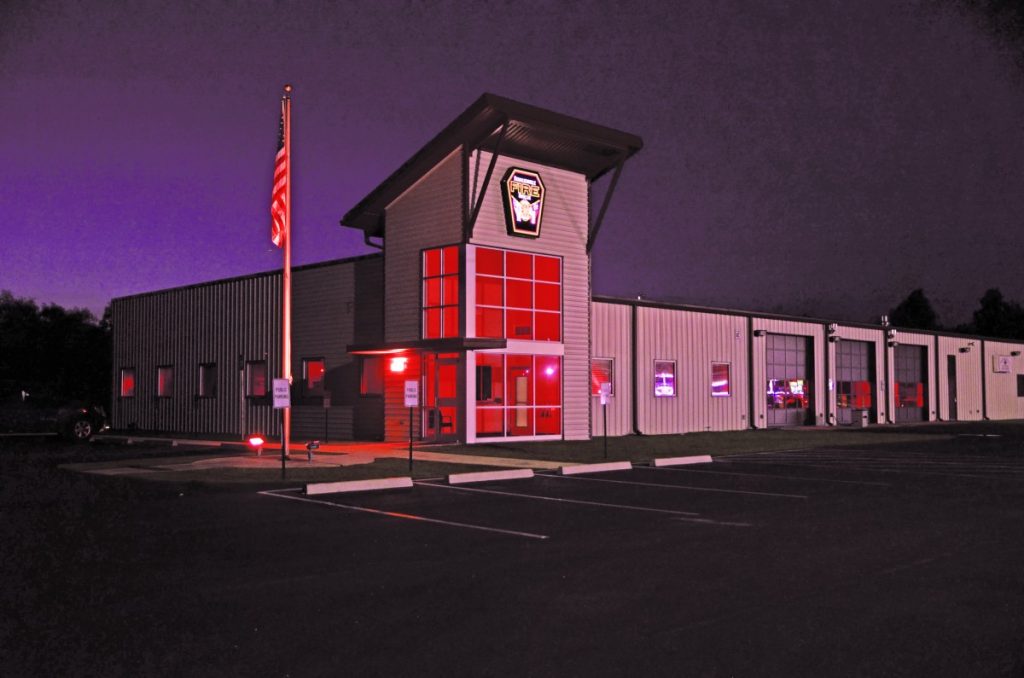