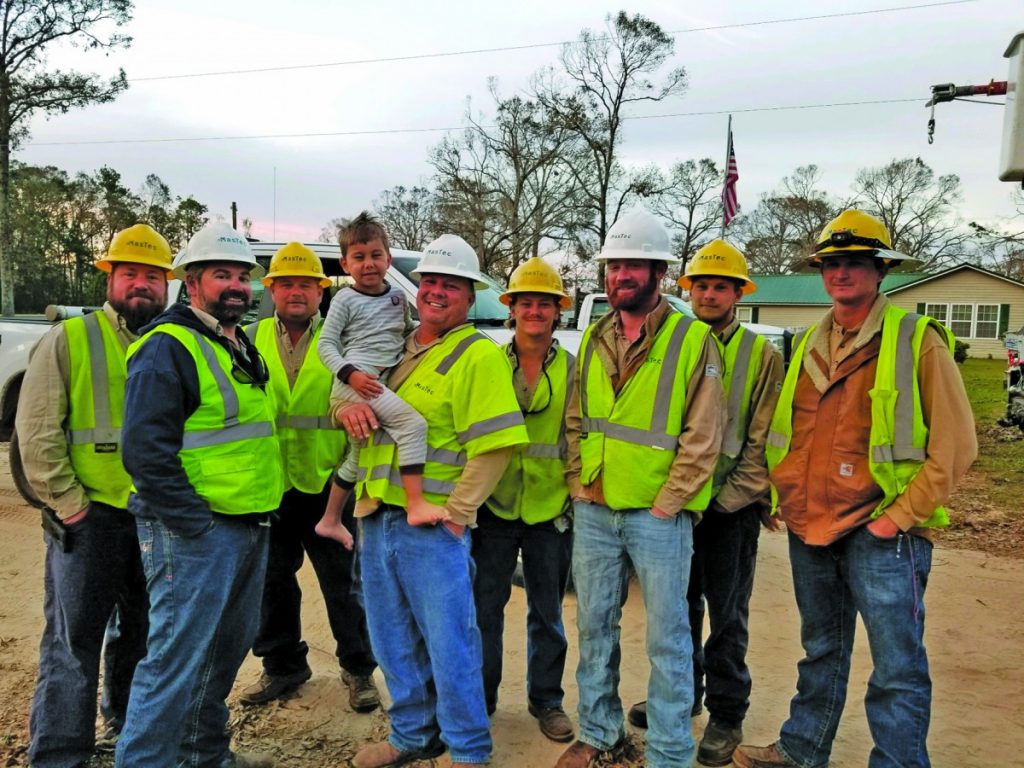 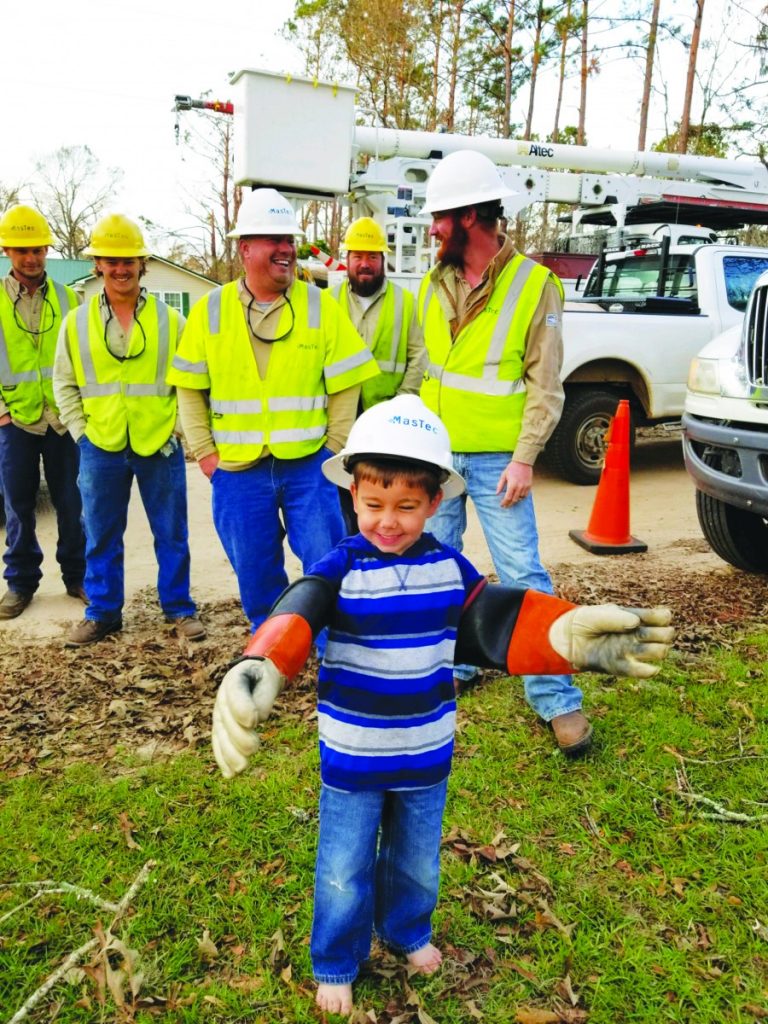 Incredible acts of kindness are happening in Seminole County almost hourly as residents work together and with the help of strangers to recover from the devastation caused by Hurricane Michael on October 10. Each act is special, but the following one makes that warm and fuzzy feeling spread all over. Landon Taylor turned six on October 10, and because of that other event that happened on the afternoon of October 10, he and his family did not have the opportunity to celebrate his birthday properly. However, instead of Landon remembering his sixth birthday as the day of a horrible hurricane’s terror and devastation –  and because of the very kind acts performed by some linemen working to restore the family’s power – he now remembers that day as the best birthday ever!

“We never celebrated because we evacuated, then came home to damage, no power and to find we had been robbed. We were in  survivor mode,” commented Landon’s grandmother Bonnie Taylor. “These linemen – from all over Georgia – were working tirelessly for all of us in Seminole County, but they heard about Landon missing his birthday and what they did was so very caring and kind.”

Shortly after the Taylors’ power was restored they heard a knock at the door. Upon answering the door the group of linemen asked for a little guy who  had missed his birthday. They took Landon out to their truck for an official birthday party, presenting him with gifts, a birthday card with a $20 bill and an official lineman hard hat. “He even wore the hat to the grocery store later and folks in the store were asking him to turn on their power for them,” commented Taylor.

The next morning after they presented Landon with his special gifts, the Taylors blessed the linemen in a prayer circle before they went to start another day of restoring hope into some other family’s life.

Incredible acts of kindness are happening just like this one all over Seminole County, and this community is so very grateful for each and every one of them.

Landon is the son of Kristen and Bryan Taylor, the brother of Brayden Taylor and the grandson of Rick and Bonnie Taylor.

We said YES to the vaccine!