The Georgia Department of Transportation sent trucks and equipment to Seminole County and Southwest Georgia Friday morning to begin cleaning up debris around the city. The U.S. Army Corps of Engineers also announced Friday that it had been granted authority to resume debris removal efforts while the Government Accountability Office (GAO) continues to assess the merits of the protests in Seminole, Decatur, Dougherty, Miller and Mitchell counties.

The delay is caused by a debris contractor who filed a protest with the Government Accountability Office (GAO) after the Corps of Engineers awarded the contract to another company for the debris removal effort. This resulted in a temporary stop-work order for five counties, including Seminole County.

The work stoppage is legally required until the GAO can assess the merits of the protests. Meanwhile the Corps of Engineers continues to work as quickly as possible to resolve these protests as they resume the massive project of the debris removal.

Over the next few weeks, trucks and equipment will be seen on roads throughout Seminole County removing debris. Drivers are asked to be cautious and courteous when maneuvering around trucks and equipment as they work to help clean our county. Josh Jimerfield, U.S. Army Corps of Engineers Debris Subject Matter Expert commented, “We are working well with the State and county to prioritize areas that need debris picked up first, especially around schools and churches. We are working hard seven days a week, from dawn to dusk to take care of the debris to get normalcy back to the citizens of Seminole County.”

Two locations near Lake Seminole, one on the east side of the Donalsonville Airport and one location in Iron City,have been designated as dumping zones for the debris, where it will be shredded and chipped. 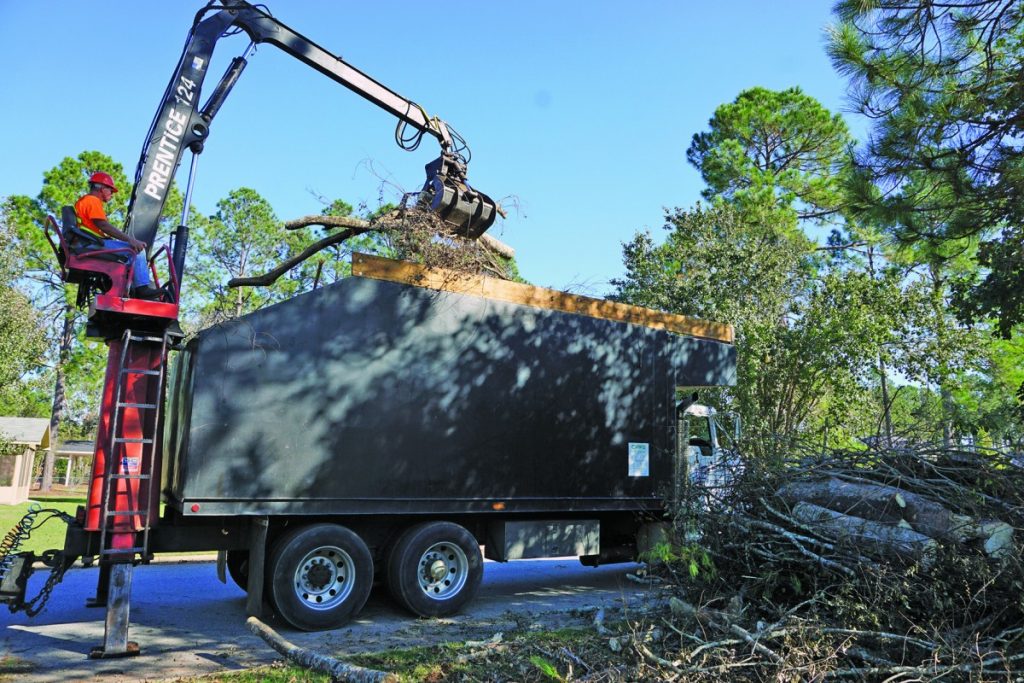