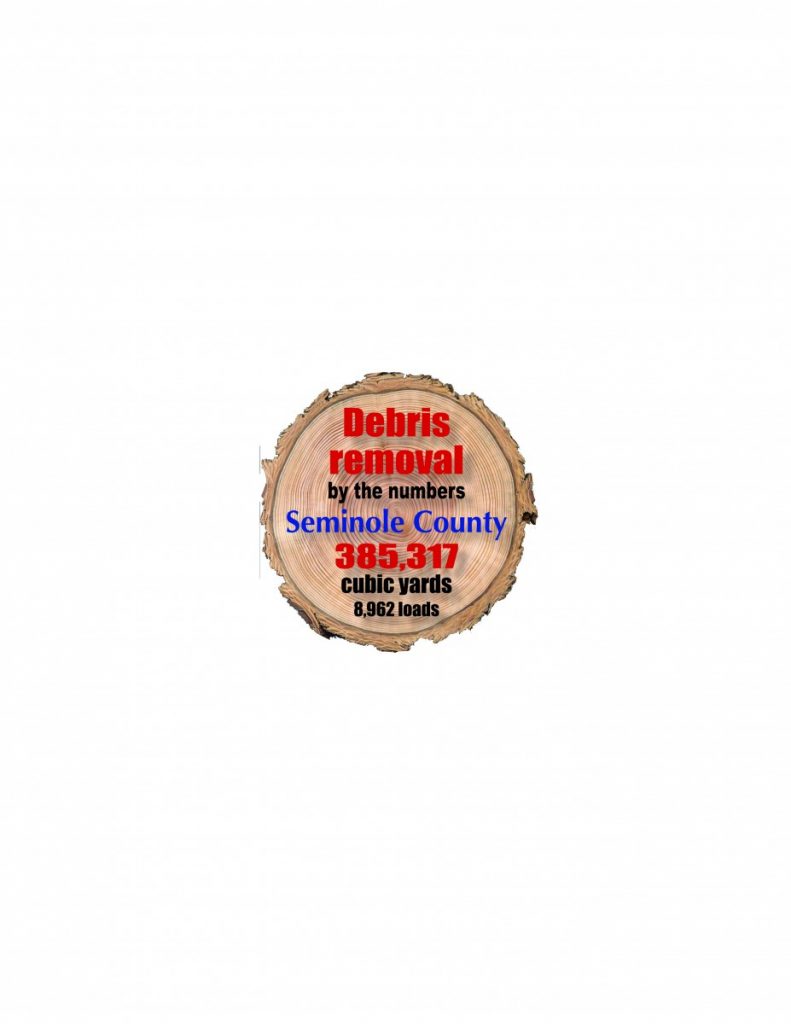 Some hiccups have occurred along the way, prompting the Corps to remind motorists that they should make sure to remain vigilant in sharing the roads with these crews.

The Corps is working to collect debris at 22 sites in 13 counties. Due to delays related to wet weather, it was last week before the Corps was able to become active at all 22 sites — so the Corps was just getting to full capacity last week, more than a month after the October 10 hurricane. Because of the massive amount of devastation, debris pick up will continue well past the holiday season.

“We are going to put everything out that we can,” Lt. Col. Stephen Peterson, deputy commander for the corps’ Savannah district, said.

The Corps of Engineers is working out of Seminole, Dougherty, Miller, Mitchell, Decatur, Lee, Early, Crisp, Terrell, Baker, Calhoun, Worth and Grady counties. The same curves and hills people are used to on the roadways are still in place, and people who drive on them daily are used to them.

What people are not accustomed to are the flags and lights out on these roads, turning them into one-way streets rather than two-way streets in some areas. Crews are out from dawn until dusk, and Peterson said there have been some collisions on the roadways involving their vehicles.

“Be patient and alert,” Peterson said. “(We want people) to be extra aware.”

The deputy district commander said it is somewhat unusual for these incidents to be taking place. There are vehicles of all sizes involved in debris collection, but primarily what people are seeing on roads are the larger trucks with at least one container on them.

“These are really large trucks on the roads,” Peterson said. “People are distracted and used to their routines.”

Rankin said these vehicles, including several with knuckle cranes, are from multiple states.

“We just want to give out awareness (concerning trucks on the road),” he said.

Now that the corps is operating at full capacity in the region, Peterson said the expectation is that the resources can stay at full force now that the rain has cleared and there is less mud where the trucks need to run.

“I think that (the rain) will be in the rear-view mirror,” he said.

The National Weather Service office in Tallahassee showed a forecast for the area that supports Peterson’s theory. Rain is not expected through Thursday’s Thanksgiving holiday.