U.S. Secretary of Agriculture Sonny Perdue was in Seminole County, accompanied by Georgia Agriculture Commissioner Gary Black, last Friday to hear first hand area farmers’ concerns in dealing with the devastation caused by Hurricane Michael on October 10. Farmers, businessmen and community leaders shared concerns about their crops and this county’s immediate future with the nation’s most influential man in agriculture at the Seminole Stockyard facility in Donalsonville.

Perdue, a member of President Donald Trump’s Cabinet, made visits throughout the tri-state area in an effort to survey the damage Hurricane Michael caused to local agricultural interests. Farmers of varying crops – from pecans to timber to cotton – were offered the opportunity to discuss their options and concerns about crop insurance, federal reimbursements, and other issues during the hour-long meeting.

Perdue, the former Governor of Georgia, said the conversations that occurred Friday were fruitful. “What we learn is that the common safety net programs that members of the Congress passed in farm bills are not enough in these kinds of devastating circumstances,” he said. “We come to see what kind of exemptions and exclusions we can put out there that don’t apply in the normal course of business.”

Making the situation unusual locally are the types of crops impacted. Perdue said disasters often do not massively damage pine trees and pecan crops, but Hurricane Michael’s landfall on Oct. 10 is an exception.

“These will require some different (solutions) here because that might have been a landowner’s retirement there,” he said. “A lot of landowners planted those trees 25, 30, 40 years ago hoping to harvest them in their retirement, and it’s gone. It’s just like your 401(k) being stolen.”

Perdue noted President Trump has remained a strong advocate for farmers throughout the recovery process, and that emphasis motivates trips like the one he made Friday.

“I’ll tell people when he signs things, they’re not executive suggestions. They’re executive orders,” he said. “I bet he’s looked me in the eye five or six times and said, ‘Sonny, we’re going to take care of our farmers,’ and that’s why I’m here.”

Perdue told farmers that his office has been working with Congress to write supplemental disaster program legislation that could ease the burden area farmers feel from Michael.

Several farmers expressed concerns to Perdue about how crop insurance policies are orchestrated. While his office reviews crop insurance laws frequently, officials are limited in what can be done with them, Perdue said.

“Insurance as an insurance product has to be based on sound actuarial products,” he said. “If I have a house that’s appraised at $100,000, no insurance company is going to let me insure it for $200,000. Insurance is insurance. It’s not an investment.” 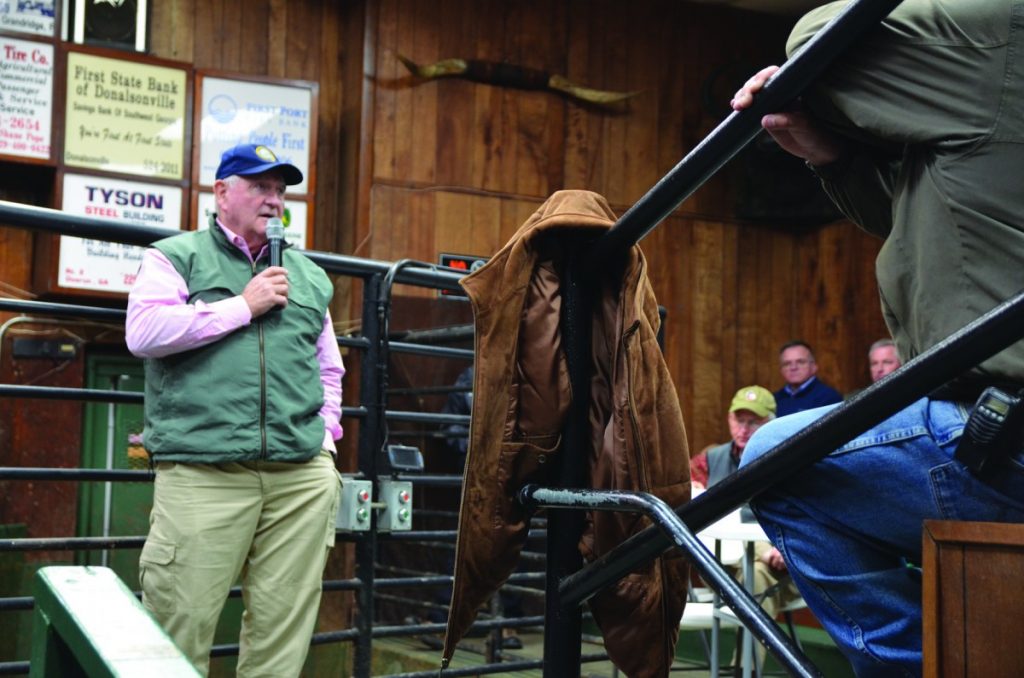