A statewide runoff is set for Tuesday, Dec. 4, to determine who will be the next Georgia Secretary of State and who will serve on a Public Service Commission seat. The runoff election for Secretary of State will be against Republican Brad Raffensperger and Democrat John Barrow. The winner on Dec. 4 will succeed Governor-elect Brian Kemp.

In the November 6th General Election Raffensperger had 49.09 percent of the statewide vote to Barrow’s 48.67 percent. Libertarian candidate Smythe Duval captured 2.23 percent. Since none of the candidates reached the state-mandated 50 percent plus one, voters are asked to return to the polls. On November 6, 2,049 Seminole County votes were cast for Raffensperger, 1,063 votes for Barrow and 39 votes for Duval.

The race for the Public Service Commission includes incumbent Chuck Eaton, a Republican, and Democrat Lindy Miller. On November 6, Eaton received 49.7 percent of the statewide vote, Miller had 47.63 percent and Libertarian Ryan Graham received 2.67 percent. On November 6, 2,058 Seminole County votes were cast for Eaton, 1,037 votes for Miller and 51 votes for Graham.

There is no runoff in the gubernatorial race.

Registered voters who voted or didn’t vote in the General Election may vote in the Runoff Election.

The polling locations remain unchanged from the Nov. 6th General Election with a reminder to voters the polling place for District 2 will again be in the Law Library on the first floor of the Seminole County Courthouse. Voting will take place from 7 a.m. until 7 p.m. on Dec. 4.

Advance voting began on Monday, Nov. 26, at 8 a.m. at the Seminole County Courthouse and will continue through 5 p.m. on Friday, Nov. 30.

Voters who had marked their requests for an absentee ballot form should receive a mail-in ballot automatically within the next several days. The last day top request an absentee ballot is Friday, November 30. A request form can be downloaded from Georgia My Voter Page. All mail-in ballots must be back to the Elections Office by Tuesday, December 4, at 7 p.m. 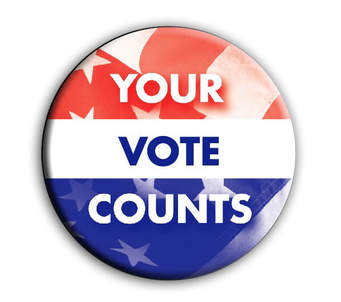