Intoxicated driver takes out one of downtown’s 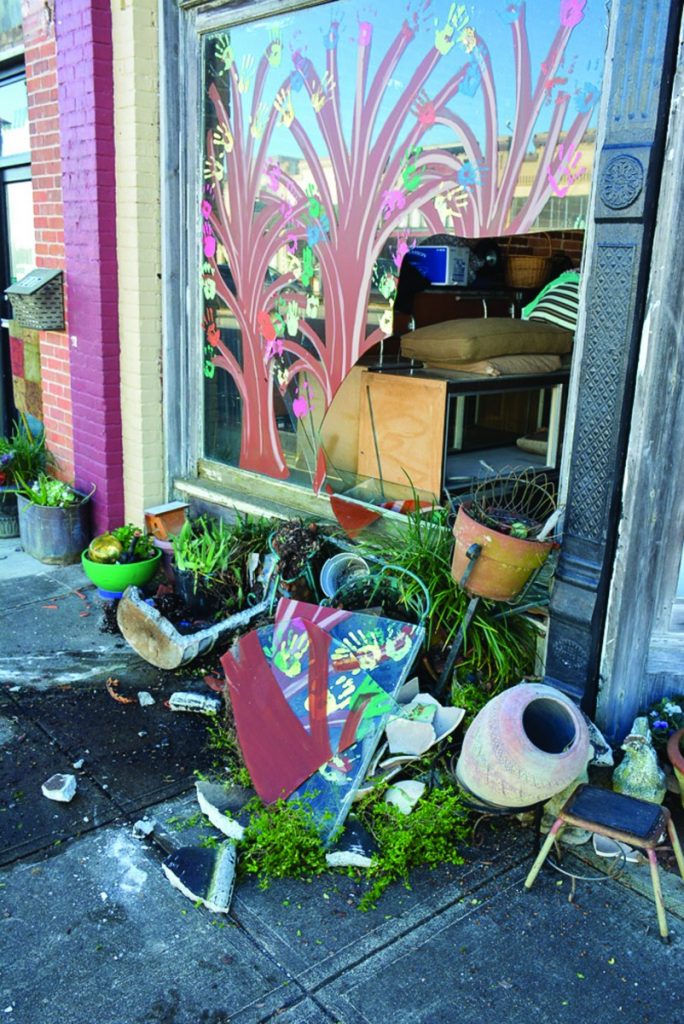 On Sunday evening, January 6, Michael Anthony Torrance was traveling in a Jeep Grand Cherokee west on Second Street in the City of Donalsonville. Torrance failed to maintain his lane and traveled onto the north sidewalk of Second Street and his vehicle struck and completely destroyed one of the BetterWay Initiative’s  trees. Torrance then traveled back onto Second Street crossing both lanes of travel, then traveling onto the south sidewalk. The vehicle then struck some planted flowers on the sidewalk in front of Vince and Minora Edenfield’s store before striking the front of the store, breaking the store window with its front end. The driver then backed up, and drove away from the store, traveling westbound on Second Street. Turning north on S. Knox Ave. Torrance attempted to turn left into a private driveway. He missed the driveway, traveling onto the west shoulder, and then onto private property. The vehicle then struck a metal handicap ramp with its front end and performed a U-turn and pulled into another private driveway, coming to controlled rest facing west on Three Notch EMC private property.

Torrance was taken into custody and then released on bail. Torrance was charged with leaving the scene of accident, violation of the open container law, driving under the influence and failure to maintain lane.