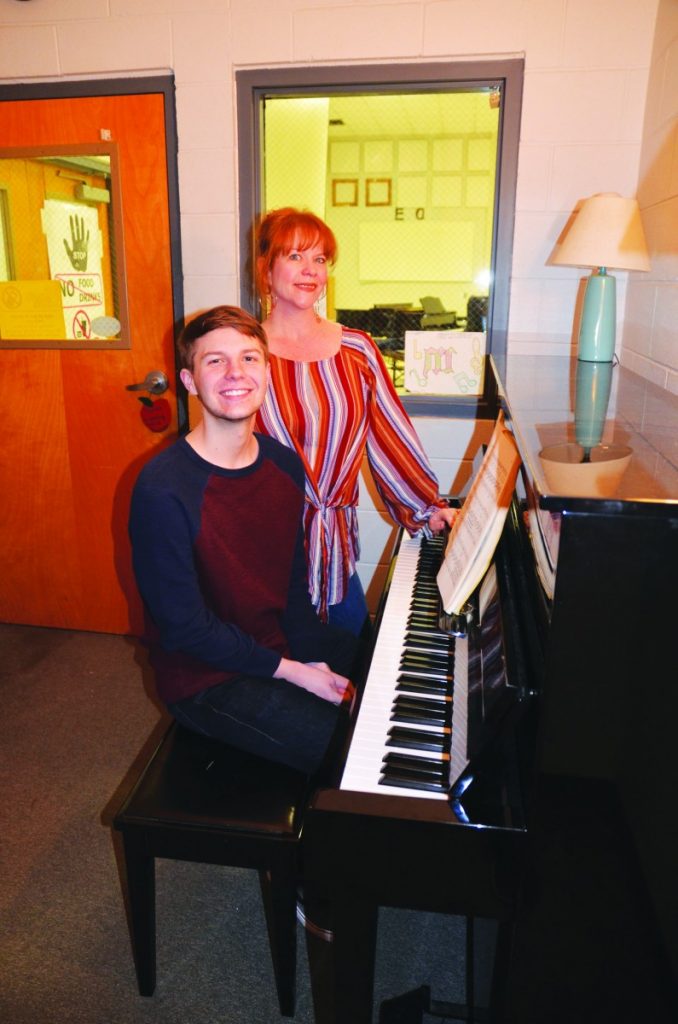 Seminole County Middle/High School proudly announces Will Cobb as its 2019 STAR Student. Cobb, selected on the basis of his SAT scores, class standing and scholastic averages, has chosen Mrs. Maribeth Burke as his STAR teacher,

Will is the son of Janna and Anthony Cobb and the grandson of Norma and Brad Hornsby and Alice and the late Allen Cobb. Will has lived in southwest Georgia all of his life, and has attended Seminole County Middle/High School since 2015. Will is honored to be the 2018-2019 STAR Student and would like to thank his school and family for helping him to make it happen.

Will remarked, “Every teacher I have had at Seminole County deserves to be STAR Teacher, but when I was told that I was STAR Student, I knew that I had to pick Mrs. Maribeth Burke. Mrs. Maribeth has been my drama teacher for every year of high school, and during that time, she has also acted as a coach, a mentor, and a friend. Every year, Mrs. Maribeth has encouraged and helped me to push myself and be better. She is a champion for the Arts in our school system, and in the four years she has been at Seminole County, she has greatly expanded the performing arts department. Mrs. Maribeth does everything in her power to make sure that every student has the opportunity to perform, and through music and performance, she has left an immense impact on the lives of all of her students.”

A graduate of Seminole County High School as well, Mrs. Burke is beginning her fourth year on the school’s staff. She received a Journalism degree from the University of Georgia and a Choral Music Education degree from Florida State University, graduating top of her class. She also holds a Masters and an Educational Specialist degree. Before starting her “dream job” as the Choral and Drama teacher at SCMHS, Mrs. Burke taught 11 years in Bainbridge, where she was named Decatur County’s Teacher of the Year in 2008. She has served as the director, assistant director and/or children’s coordinator for several local and not-so-local churches. She is currently the Region’s One Act Play and Literary Coordinator and is the director of the Legacy Show choir.

Mrs. Burke is married to Jeremy Burke, and they have one child, Jeb. In 2010, she and her sister Kathryn began a community theatre group called the Olive Troupe, which continues to teach aspiring young thespians. It is on that particular troupe stage that she had the pleasure of meeting Will for the first time. “Even at his young age, I immediately knew that Will was special. I knew that he was destined for greatness. His love for the Arts, as well as his motivation for academic success inspires me every day. I look forward to hearing about his future endeavors. Lookout, World! Will’s coming!”

Mr. Kent Richardson, Principal, shares, “The STAR recognition program was created to focus public attention on Georgia’s outstanding high school students and the teachers who have been most instrumental in their academic development. It is indeed an honor for Seminole County to have such deserving students and faculty to support this most prestigious program.  We congratulate both Will and Mrs. Burke on receiving these honors and recognition. One of the many rewards of serving as an administrator is having the opportunity to see students and faculty members honored in such a way as these two are being honored through the STAR program.  I am extremely proud of our faculty and student body at Seminole County Middle/High School and humbled to serve in helping prepare the young people of our county with the best possible education in leading them to become our citizens of tomorrow.  Congratulations again to Will, Mrs. Burke, their families and all who have had a part in achieving this highest of honors.”

The Student Teacher Achievement Recognition (STAR) Program, in its 61st year, is sponsored by the Professional Association of Georgia Educators (PAGE) Foundation, the Georgia Chamber of Commerce and the Georgia Department of Education.  Since its inception, the STAR program has honored thousands of students and the teachers selected on the basis of their SAT scores, class standing and scholastic averages.

STAR begins each year in participating high schools throughout Georgia when the STAR student is named and chooses a STAR teacher to share in this recognition.  The student and teacher are honored by their schools and receive special recognition in their communities from more than 200 statewide civic organizations and businesses that sponsor local programs.