Georgia Governor Brian Kemp delivered his first State of the State address last Thursday in Atlanta. In his speech he made point to “stand with those impacted by Hurricane Michael.” This comment received a standing ovation by members of the State Legislature and all in attendance. He said he had witnessed first hand the devastation caused by the hurricane throughout south Georgia and commented,
“Representing countless Georgia farmers who took a hit from Hurricane Michael, we are joined today by a hardworking cotton, soybean and peanut farmer from Donalsonville in Seminole County.” At that time he pointed into the gallery and announced that farmer as Greg Mims, who received a standing ovation – acknowledging his presence and confirming the commitment this administration will have in the positive recovery for all affected by the storm. 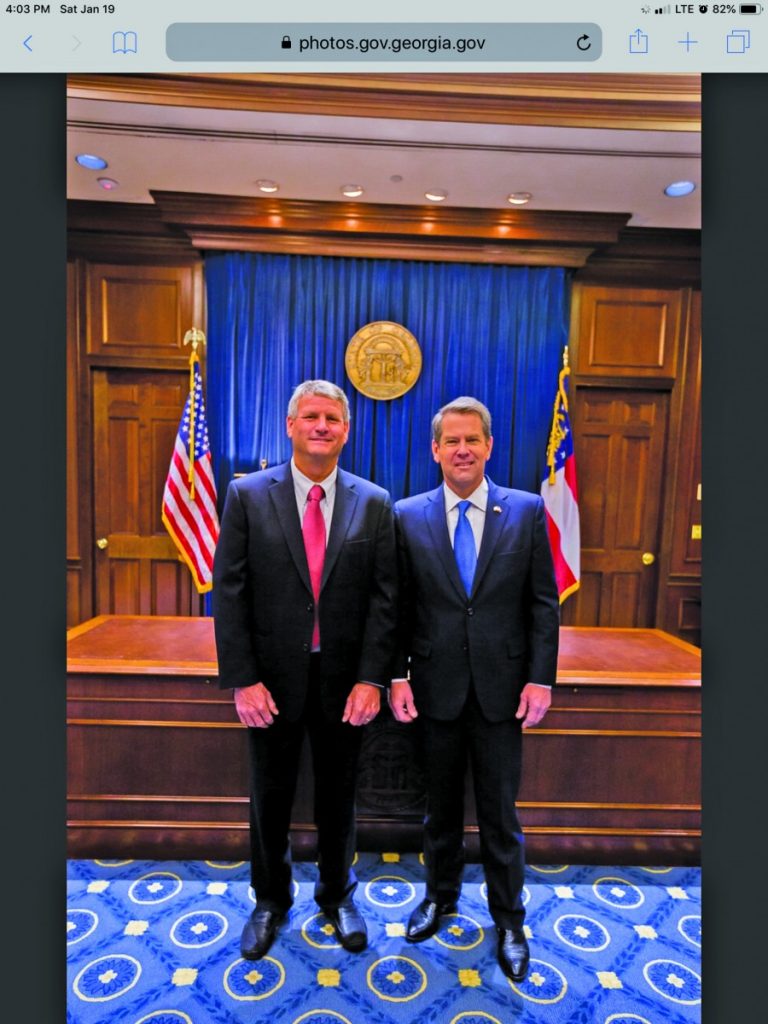