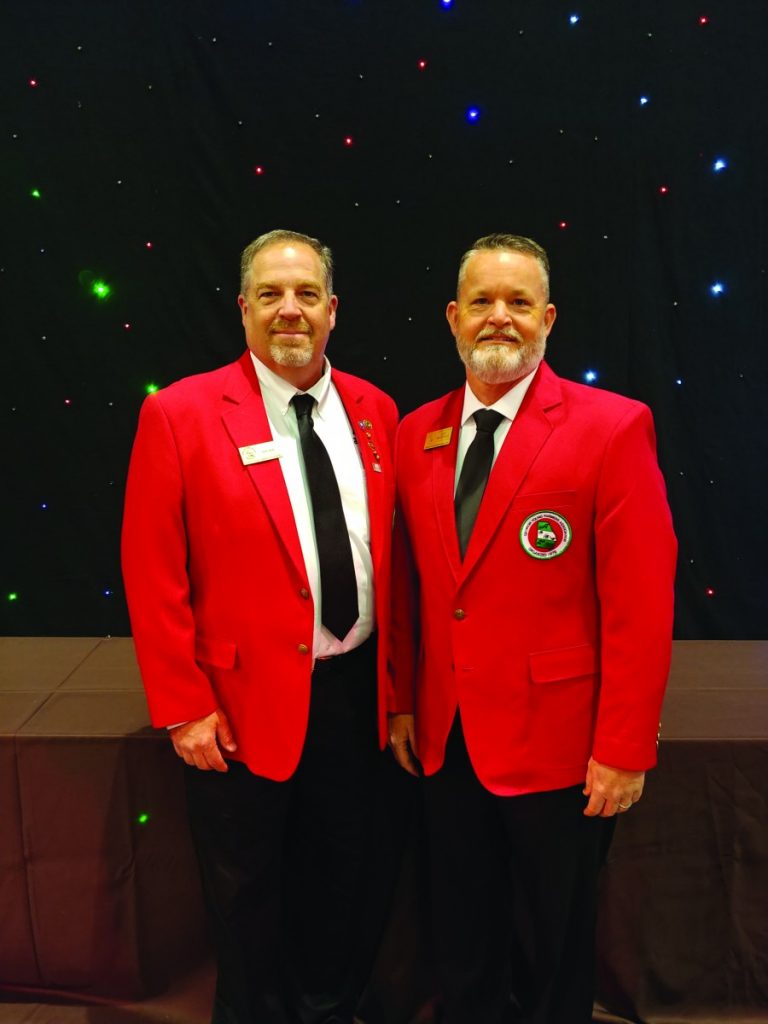 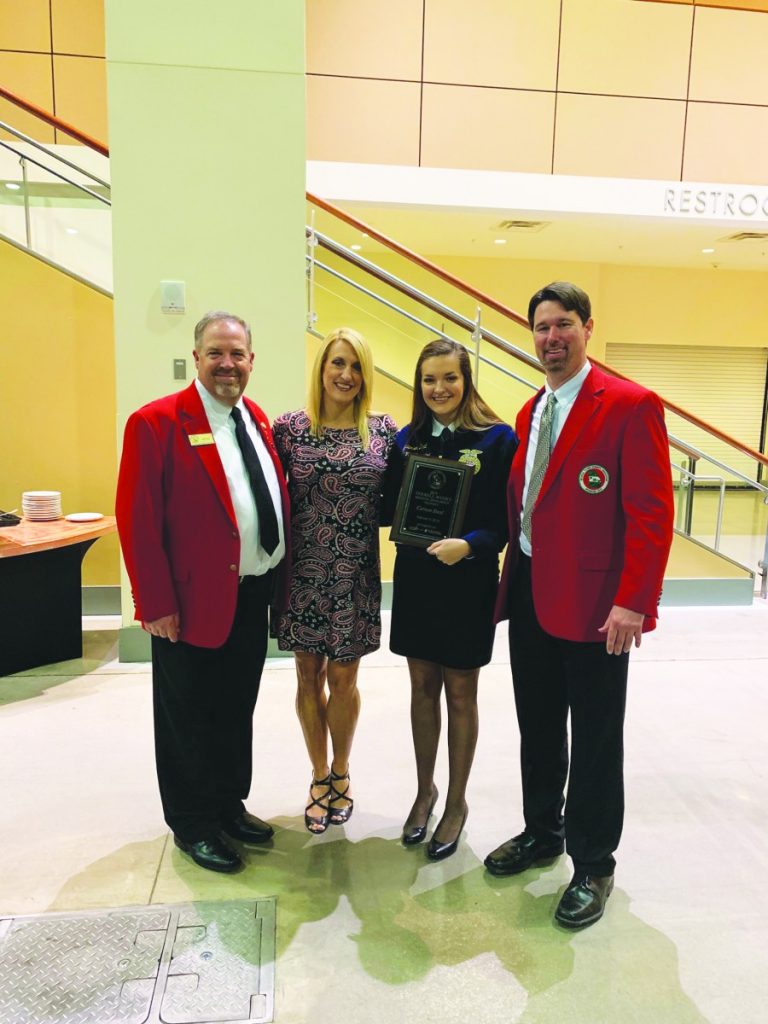 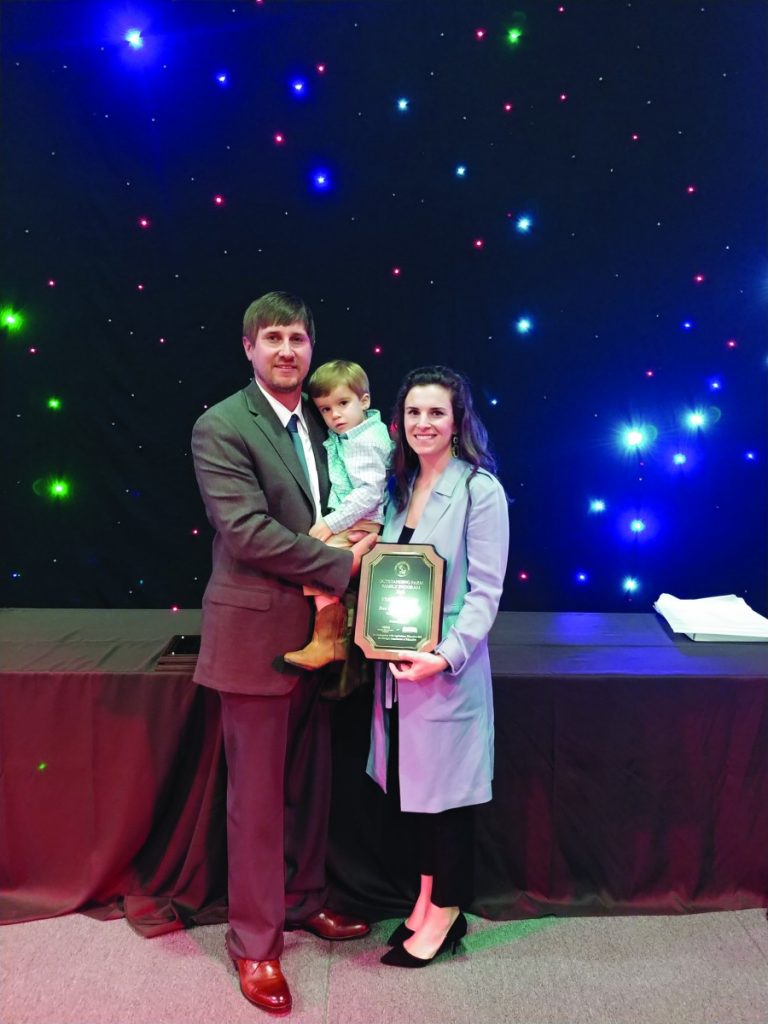 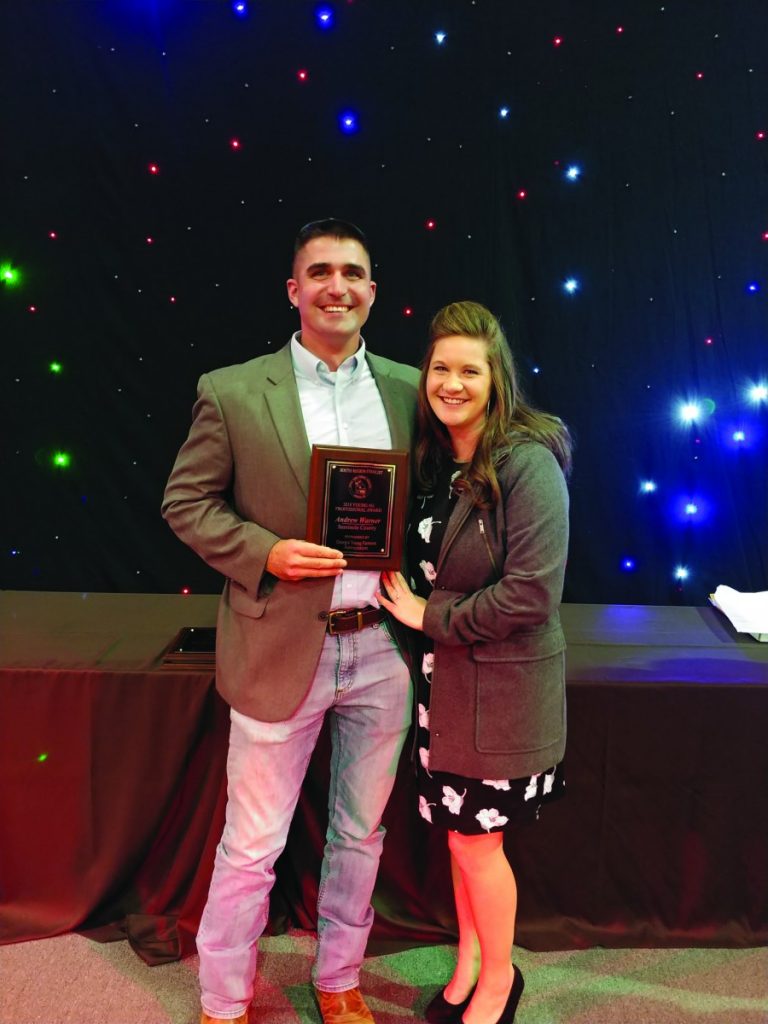 The 49th annual Georgia Young Farmers Association convention was held this past weekend at the Augusta Marriott Convention Center in Augusta. The convention is the highlight of the year for GYFA members as state award winners are announced, scholarship winners are recognized, competitions are held, and newly elected Board of Directors are installed. The Georgia Young Farmers Association convention is a family event that offers fun family activities and women’s programs each year.  Seminole County Chapter President Jeff Braswell opened the convention with the singing of the National Anthem. Jeff performed the Anthem both nights of the convention, and was commended for his great singing
talents.

On the opening night of the convention awards program, Braswell was announced as the State Winner of the GYFA Chapter President Award. The Seminole County Young Farmer Chapter was also presented an award for its membership increase, and former Seminole County Extension Agent Andrew Warner was presented with the GYFA South Region Young Ag Leader Award.

The Outstanding Farm Family presentation was the final awards presentation of the night. Seminole County’s Dee, Paige and IV Miller were recognized as one of the four state finalists and awarded a plaque for their accomplishment. In the spokesperson contest, Emily Braswell represented Seminole County.  Emily prepared a five minute statement on “The Use of Unmanned Aerial Vehicles in Agriculture” and presented her speech before a panel of judges.  In addition, she was challenged for ten minutes to a number of questions concerning her topic.

The Terrell Weeks Scholarship award presentation was held on the last night of the convention. Five Senior students selected from applicants submitted by every Young Farmer chapter in the state were called to the stage with their families and advisors. Seminole County FFA and Junior Young Farmer member Carson Deal was one of the five elite
Seniors honored.

At the conclusion of the GYFA convention during Saturday night’s banquet, the 2018 GYFA board of directors was retired, the newly elected board for 2019 was announced and Seminole County’s Stan Deal was announced as the 2019 GYFA President-Elect. Jeff Braswell was also announced as a 2019 GYFA South Region Junior Director.

The local awards banquet, held to recognize the efforts and accomplishments of the chapter and its members this past year is tonight, Thursday, February 7 at 6:30 p.m. in the SCMHS cafeteria.

The Seminole County Young Farmer chapter welcomes anyone who would like to join and support the organization. Membership becomes open when a Senior high school student enters their Senior year second semester. Membership dues are $25 for single members; $35 for couples; $10 for Junior members (18-21 years of age).

Contact Wes Pace at 229-220-1233 if you would like to join or have questions about the Young Farmer program.