The Philadelphia Eagles have done good business promoting their own in recent years, and have now rewarded another current staff with a promotion.

According to Jeff McLane of the Philadelphia Inquirer, the Eagles are promoting defensive quality control/assistant line coach Phillip Daniels to defensive line coach.

A former Seminole County Indian, this native of Donalsonville played college football at the University of Georgia from 1992-95 and finished his college career with 244 tackles, 18 tackles for loss and 12 sacks. He started at three different positions for the Bulldogs, including defensive end, defensive tackle and linebacker, while serving as a team captain as a Senior. A 15-season NFL veteran with the Seattle Seahawks, Chicago Bears, and Washington Redskins, Daniels joined the Eagles coaching staff during the 2016 offseason as the team’s defensive quality control/assistant defensive line coach. Before joining the Eagles he served as the director of player development for the Washington Redskins.

Daniels and his wife, Leslie, have four children: DaVaris, DaKendrick, Damara and DaKiya. DaVaris played wide receiver at Notre Dame from 2011-14, spent time with the Minnesota Vikings and New England Patriots prior to the 2015 NFL season and was voted the CFL’s Most Outstanding Rookie in 2016 while playing for the Calgary Stampeders.

In commenting about his new job and direction Daniels expressed, “First off I’m giving Glory to God who makes all things possible in my life. Thank all of you for your support and all the congratulations.  It really does mean a lot.  I’m excited for my next journey and I’m so glad the Eagles organization saw enough in me to give me this opportunity. I know nothing more than to give my best in everything I do and I learned that from my former Defensive Line Coordinator Gregory Blache who preached that every day. So with all of that being said, I’m lucky and proud to be a Philadelphia Eagle and they are about to get everything I got with the ultimate goal being another Super Bowl. Again thank all of you for the love and support.” 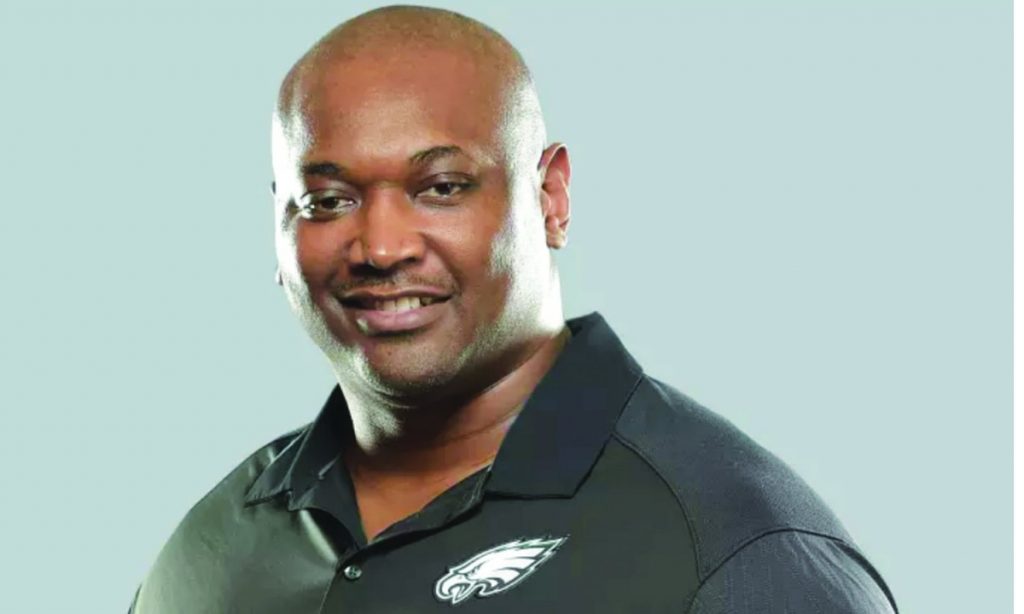