The annual Donalsonville /Seminole County Chamber of Commerce Market Hog Show was held on Saturday, February 16 at the Ag Center in Donalsonville. Forty-six FFA, 4-H and Pre-club members exhibited seventy-four hogs at the show where barrows and gilts were shown in separate classes. A Grand and Reserve Champion of each gender was selected and from these Grand Champions a Supreme Champion was chosen.

This year’s Supreme Champion of the Show was also the Grand Champion Gilt shown by Payton Bishop. Payton’s Class 10 winner was a hamp markings gilt weighing 276 pounds. Payton is the son of Adaire and Richard Bishop.

The Reserve Champion Gilt was a shown by Kade Touchton. His white with blue markings gilt weighed 243 pounds.  Kade is the son of Pebe and Spence Touchton.

The Grand Champion Barrow a York cross weighing 264 pound, was shown by Meg Mathis, daughter of Nicki and Andy Mathis.

The Austin Brackin Sportsmanship Award was awarded to Cody Shattles.

The Larry Jr. and Brent Fennell Scholarship Award sponsored by the Donalsonville/Seminole County Chamber of Commerce went to Ricky Coachman

The Judge for the show was Brandon Stickler, Pleasant Plains, Illinois.

sponsors can be found on
page 20 in the February 21st edition of your Donalsonville News. 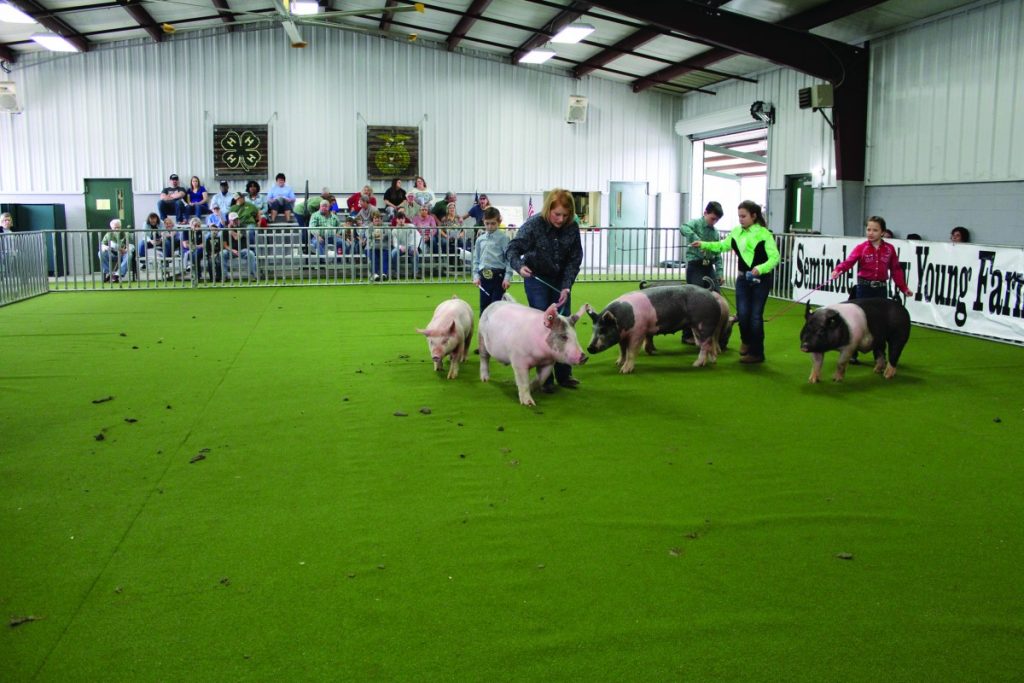