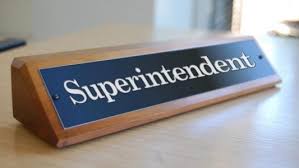 The Seminole County Board  of Education is committed to finding the best possible candidate for Superintendent of Schools and has launched a deliberate process to advertise, recruit, and identify the system’s next leader.

The board met in late January to draft the job announcement, which includes both minimum and preferred qualifications.  Since that date the position has been advertised on teach.georgia.org as well as area publications and will continue to be advertised until the position is filled.  As of presstime the board has received 12 applications for the position, mostly from Georgia and a few from out of state.

Board members will begin reviewing these applications the week of February 25th.  The Board as a whole will meet on Friday, March 1st at 1 p.m. in executive session to discuss the applicants.  It’s probable that on this date the next steps of the process will be determined.  Depending on the strength of the pool of candidates, the first step could include a round of telephone interviews.  Whether the Board decides to have telephone interviews or decides to move straight to in-person interviews, it’s likely that all interviews will be concluded by the end of March, with the final approval occurring at the regular April meeting.  The date of that meeting is April 15th.

Additional details concerning the search will be posted as they become available at donalsonvillenews.com and in this publication.