Five Seminole County 4-H and FFA students exhibited their animals in the 2019 Seminole County Steer and Heifer Show held this past Saturday at the Agricultural Center show barn.

The show began at 10:00 a.m. with showmanship, followed by the Heifer Show, and concluded with the Steer Show.  In the heifer show, Parker Ausley exhibited the Grand Champion with his 1205 lb. Crossbred heifer which was also selected the Champion Commercial Heifer at the state show in Perry a week ago.  Parker also exhibited the Reserve Grand Champion of the heifer show with his 894 lb. Simmental heifer.

After the show, the exhibitor awards program was held. The Doyle Roberts Sportsmanship award is given to the exhibitor who demonstrated exemplary courtesy and sportsmanship throughout the show.  This year’s award was presented to Beau Adams. 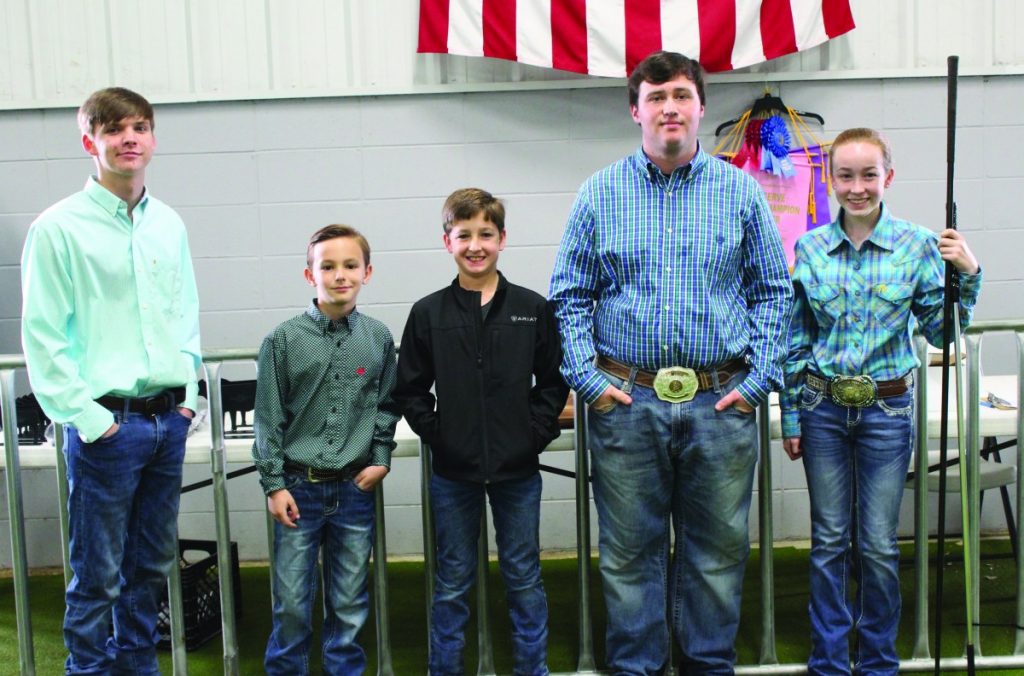 Carl Nichols, Young Farmer advisor and Ag Education instructor for Tift County High School in Tifton, Georgia, judged the show.  Mr. Nichols is from Enigma, GA where he, his wife Dee Dee, and three sons own and operate Cypress Creek Farm where they raise and show cattle.  Mr. Nichols has been employed with the Tift County school system for the past 21 years where he served as the FFA advisor for Northeast Campus of Tift County High School for 15 years and the Young Farmer advisor for the past six years.  During this time, he has coached numerous livestock judging teams which have advanced to state competitions, and he has sent several students to college with livestock judging scholarships.  Mr. Nichols has been a member of the Georgia Club Calf Producers Association for the past 18 years, and has served as a Board Member of the association for the last six years.   He has also been involved with the Berrien County Youth Livestock Association for the past 12 years where he is currently serving as the chairman of the steer show committee.   Mr. Nichols has an associate’s degree in agriculture from South GA College in Douglas, GA, a bachelors’ degree in agricultural education from Fort Valley State University, a masters in educational leadership from Valdosta State University, and a PhD in Agricultural and Career Technical Education at Auburn University.