The Seminole Co. boys golf team brought home the championship trophy at the Bearcat Invitational Golf Tournament held this past Saturday at the Bainbridge Country Club. The Indians scored a team total of 33 to claim the title over a host of larger classification schools. The Indians edged out runner-up Smith Station, Alabama and third place Lee Co. to claim the championship for the second year in a row.

The Indians were led by Junior Chandler Hinton who carded an 82. Jay Palmer helped the team effort with a fine round of 84 followed by Nate Wingertsahn with an 88, Freshman Will Pace and Senior Nick Porter sealed the win with scores of 89 and 95 respectively. Seminole Coach Kevin Godwin called it a great team win. “This was a great team effort by our squad. That is what we had to have to come out on top over these teams.”

While most of the other teams had lower scoring individual efforts in the tourney, the Indians put together solid rounds of golf by everyone and that propelled the Indians to the victory.

The Indians and Lady Indians will be back in action in the upcoming weeks working toward the total of area and state honors.

Pictured  from left to right are 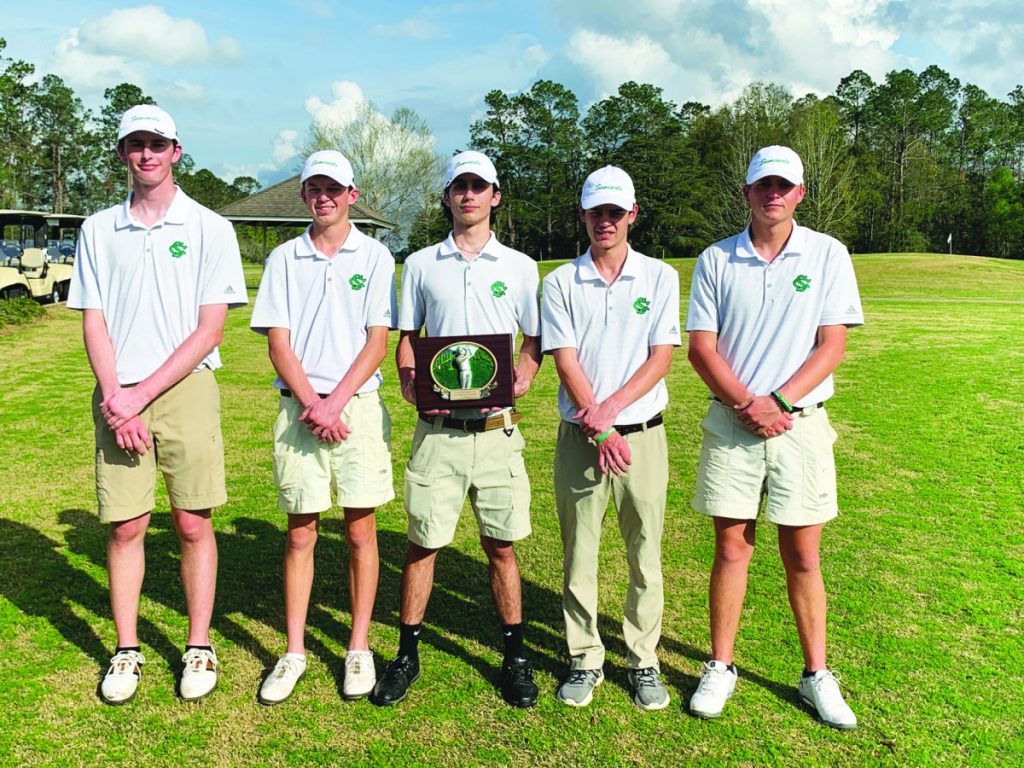