On Friday, March 8, the U.S. Army Maneuver Center of Excellence announced that Davis Ponder and 150 additional soldiers met the standards and graduated the Ranger Course at Ft. Benning in Columbus.

Davis is the son of Karen and Ernest Ponder of Donalsonville. Beaming with pride and proudly displaying his ranger badge on his left shoulder Davis commented, “I would like to thank each and every person who has played a part in my life to get me to this point. I am looking forward to serving my country with pride and determination.”

Davis will now continue his service to his country as a member of the 10th Mountain Division stationed at U.S. Army Fort Drum in New York.

Ranger School is the Army’s toughest course and the premier small unit tactics and leadership school. The Ranger Course is a mentally and physically challenging school that develops functional skills directly related to units whose mission is to engage the enemy in close combat and direct fire battle. For 62 days, Ranger students train to exhaustion, pushing the limits of their minds and bodies. The course incorporates three phases (Benning, Mountain, and Swamp) which follow the crawl, walk, run training methodology. In Benning phase, the students become trained on squad operations and focus on ambush and recon missions, patrol base operations, and planning before moving on to platoon operations. In Mountain phase, students develop their skills at the platoon level in order to refine and complete their training in Swamp phase. After these three phases, Ranger students are proficient in leading squad and platoon dismounted operations around the clock in all climates and terrain. Rangers are better trained, more capable, more resilient, and better prepared to serve and lead soldiers in their next duty position.

The Benning Phase of Ranger School is designed to assess a soldier’s physical stamina and mental toughness, as well as establish the tactical fundamentals required for the follow-on phases of Ranger School. During this 21-day phase, Ranger Instructors (RIs) coach, teach, and mentor each student to sustain themselves, sustain their subordinates, maintain mission essential equipment, and accomplish the mission under difficult field training conditions. Although each soldier that volunteers for Ranger training arrives in top physical condition, usually less than 50% of Ranger students will complete this first phase.

The Benning Phase is conducted in two parts: the Ranger Assessment Phase commonly referred to as “RAP week” and the Patrolling Phase commonly referred to as “Darby Phase.” Conducted at Camp Rogers on Fort Benning, RAP week begins with the Ranger Physical Assessment (RPA) which requires students to complete 49 push-ups, 59 sit-ups, a five-mile run in 40:00 minutes, and six chin-ups. Following the RPA, students conduct the Combat Water Survival Assessment at Victory Pond. Day two begins at 0330 hours with the night and day land navigation test, which is followed by testing on common soldier skills such as weapons and communication equipment. Day two finishes with the Malvesti Confidence Course, which contains the infamous “worm pit.” Day three includes the land navigation retest for all of those who did not pass the initial test. The fourth and final day completes RAP week with a 12 mile foot march where each student carries an average load of 47 pounds.

After RAP week, less than half the class will likely continue to the Darby phase. This phase begins with fast paced instruction on troop leading procedures, the principles of patrolling, demolitions, field craft, and basic battle drills such as squad ambush and react to contact. On day six, students who are airborne qualified will participate in a parachute jump onto Fryar Drop Zone. Upon completion of the parachute operation, all students move by bus to Camp Darby on the eastern edge of Fort Benning. Before students begin practical application on their instruction received, they negotiate the Darby Queen Obstacle course, which consists of 20 obstacles stretched over one mile of hilly terrain. Students then conduct two days of cadre-led, non-graded squad level patrols. After the non-graded patrols, students conduct three days of graded patrols, one day of cadre assisted retraining, followed by three more days of graded patrols.

In order to move forward to the Mountain Phase of Ranger School, each student must demonstrate the ability to plan, prepare for, resource, and execute a combat patrol as a squad leader or team leader. Students must also receive positive peer evaluations and not accrue more than three negative spot reports. Those that are successful receive an eight hour pass to refit their gear and then move to the mountains of North Georgia.

During the Mountain Phase at Camp Frank D. Merrill near Dahlonega, GA, students receive instruction on military mountaineering tasks, mobility training, as well as techniques for employing a platoon for continuous combat patrol operations in a mountainous environment. They further develop their ability to command and control platoon size patrols through planning, preparing, and executing a variety of combat patrol missions while sustaining themselves and their subordinates. The rugged terrain, severe weather, hunger, mental and physical fatigue, and the emotional stress that students encounter afford them the opportunity to gauge their capabilities and limitations as well as those of their “Ranger Buddies.”

Following mountaineering, students conduct four days of combat techniques training during which they receive classes and perform practical exercises on movement to contact, patrol bases, troop leading procedures, operations orders (OPORDs), ambush missions, and raid missions. Students then perform ten days of combat patrols directed against a determined and well-equipped hybrid threat-based opposing force. These patrol missions are conducted during both the day and night and include Air Assault Operations as well as extensive cross country movements through mountainous terrain. Platoon missions include movements to contact, vehicle and personnel ambushes, and raids on communication and mortar sites. Students also conduct river crossings and scale steeply sloped mountains. The stamina and commitment of the Ranger student is stressed to the maximum because within these conditions, at any time, the student may be selected to lead tired and hungry students to accomplish yet another patrol.

At the conclusion of Mountain Phase, if students successfully demonstrate their ability to lead a patrol, receive positive peer evaluations, and not accumulate more than three negative spot reports, students move by bus or parachute assault into the third and final phase of Ranger training in the coastal swamps of the Florida panhandle.

The Swamp Phase: Camp Rudder, located on Eglin Air Force Base, Florida, serves as the home of the third and final phase of Ranger School, which focuses on the continued development of the students’ leadership and small unit tactics. Upon arrival, students receive instruction on waterborne operations, small boat movements, and stream crossings. Extended platoon level operations executed in the coastal swamp environment test students’ ability to operate effectively under conditions of extreme mental and physical stress. This training further develops the students’ ability to plan and lead small units during independent and coordinated airborne, air assault, small boat, and dismounted patrol operations in a combat environment against a determined and well-equipped hybrid threat-based opposing force.

Swamp Phase continues small unit tactical training through a progressive, realistic, contemporary operating environment. Students conduct ten days of patrolling during a fast paced, highly stressful, challenging field exercise in which students are evaluated on their ability to apply small unit tactics and techniques during the execution of raids, ambushes, movements to contact, and urban assaults to accomplish their assigned missions.

If a student successfully leads a patrol in Florida, is evaluated positively by their peers, and does not accumulate too many negative spot reports, the student moves back to Fort Benning to prepare for graduation.

Editor’s Note: Davis Ponder accomplished all of the above and the Donalsonville News proudly congratulates him on his outstanding accomplishment. 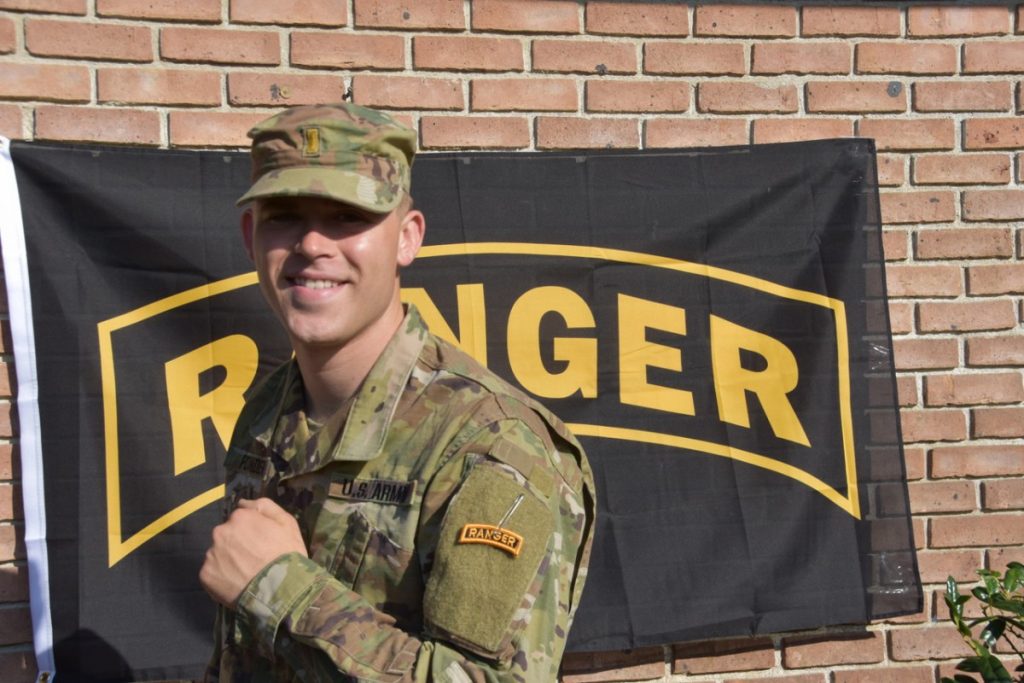 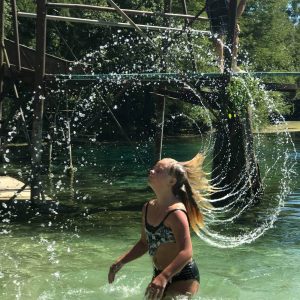