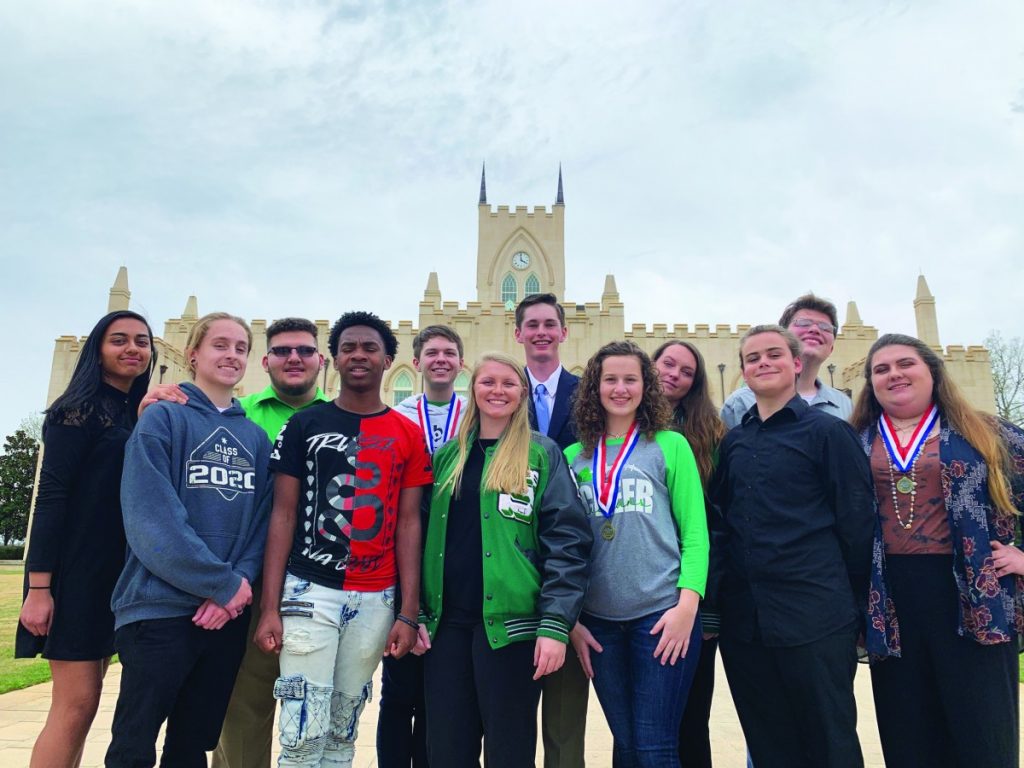 McLendon is this year’s State Champion in  in Argumentative Essay.

It’s another winning year for the Seminole County High Chorus and Drama department! The Literary team, who recently won first place at Region competition, traveled to Georgia Military College in Milledgeville last Saturday, to compete with many schools from all over the state. After a long day of singing, writing, acting and speaking, the Seminoles earned a coveted spot on the platform.

“Trust me. These other schools might not know Seminole County on a map, but they sure know Seminole when it comes to performing. We are feared, and for good reason! We come prepared and ready to win,” says Literary Coach Maribeth Burke.

After this year’s competition, Seminole now has the reigning 2019 State Boys and Girls Soloists, Will Cobb and Abigail Grantham and Samantha McLendon won the state’s first place medal  in Argumentative Essay.