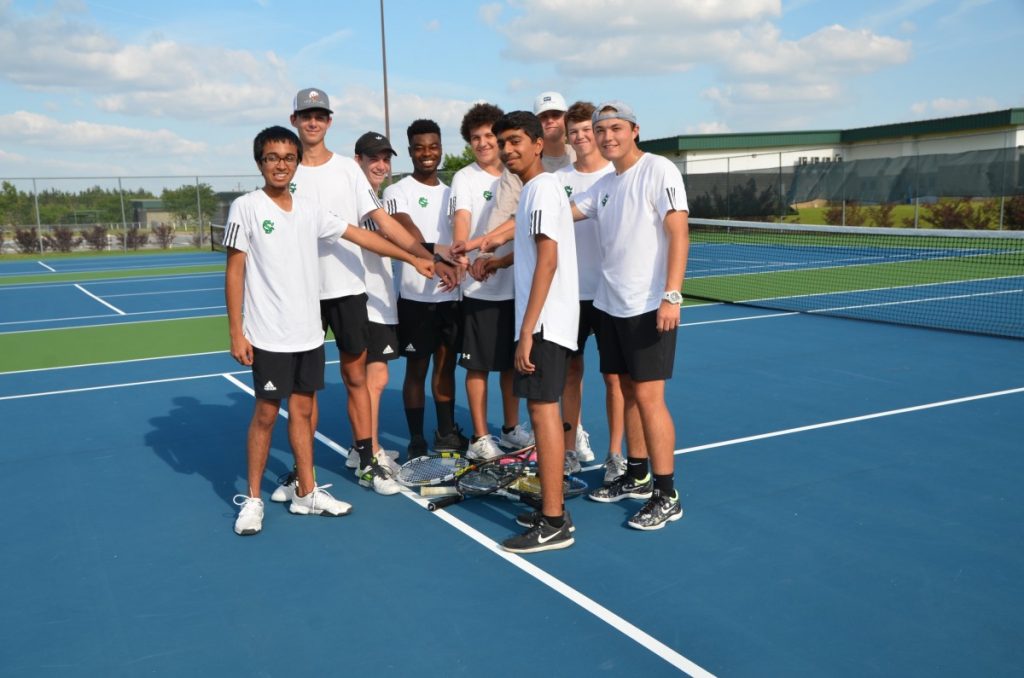 Serving for a state title!

For the first time in school history, the Seminole County Indians’ boys tennis team will play for the state championship on the courts of Berry College in Rome, Georgia. The Indians will play the Telfair County Trojans in a 1:30 p.m. match for the opportunity to serve, volley and lob their way into the state title history books.

Indians’ coaches Tina Fain and Jim Palmer are extremely proud of the team’s success this championship season. “Our players set their sights on winning it all this year, and worked hard from week to week to make that opportunity happen. Win or lose, this team is already a championship team.”

The Indians defeated Commerce in Northeast Georgia Friday, April 26, three matches to one to advance to the title game. They defeated Irwin County, also three  matches to one, to reach the Final Four.

Seminole County’s season match record is 13 wins and only one loss. The sole loss was to Dothan High School.