I left my home for college just before I turned 18.  Except for Summer vacations, I never lived with my parents again though they were always a close and important part of my life. Eighteen years is a generation, the time it takes for a newborn to become an adult.  It is the blink of an eye.

The First Presbyterian Church in Donalsonville honored its pianist today who retired after 18 years of dedicated service.   Helen Bartoz found her way to Donalsonville when she was hired as part of a grant for the Arts Council.   Before long, she was making the 25 minute drive from her home in Bainbridge several times a week as the pianist at the Presbyterian Church.

Recently Helen moved to Tallahassee to be closer to her daughter.  That drive has become a bit much for a person of Helen’s age and health.  After all, the trip was never just once a week for Helen.  She made the journey several times a week, sharing her talents in many different ways.

Music is first and foremost Helen’s love.  She came to choir practice, in addition to Sunday services.  She worked with the Children’s Choir and made the many extra practices necessary for a Christmas or Easter Cantata.

Helen had her own opinions. She was a perfectionist and her own most severe critic.  She worried about a missed note that no one would hear even though her musical talent on the piano was twice as great as anyone else in the church.

Helen also knew a lot about the history of the music she played.  She had been a serious student of music and remembered the lessons she learned at the music department of Florida State University.   Later, she passed some of those lessons along as a music teacher for many years.

Helen Bartoz was the most faithful accompanist I have ever known in a church. In 18 years, Helen almost never missed a Sunday.  She would not take a vacation, even when pressed to do so.  In those many years, I would be surprised if she missed more than five worship services, probably less.   She said it was her duty, though I think it was more her calling.

I have had the great privilege of playing the organ with several great pianists during my long tenure at FPC.  Jeanne Jones and I played duets for well over a decade.  Sarah Ann Keaton and I enjoyed several years of making music together.  There were others.    Helen Bartoz and I played duets longer than any of them.  I was blessed to share the time with all of them.

Something happens when you play musical instruments together for that many years.  Along the way you earn each other’s respect.  You begin to anticipate each other’s moves.  You learn to cover for each other when something goes wrong.  At that point, it is no longer work; it is fun.

Music’s role in a church is to enhance the worship experience.   It can be a blessing to all that hear the old hymns, telling the stories we have heard since our childhood.  Music can calm and soothe the soul.  It can open peoples’ hearts to listening to the Holy Spirit that moves amongst us.

Playing music with Helen Bartoz gave additional blessings to me.  It gave me the opportunity to perform with someone technically superior to me.  Helen always denied she was the person with greater talent though we both knew it was true.

Regardless, we were a great team, a true complement to each other.  We both received much more joy than we gave and were both blessed to have had this long time together sharing our love of music.

Helen Bartoz, First Presbyterian Church of Donalsonville is thankful for your ministry to us and hope you continue to make beautiful music in your retirement.  Well done good and faithful servant. 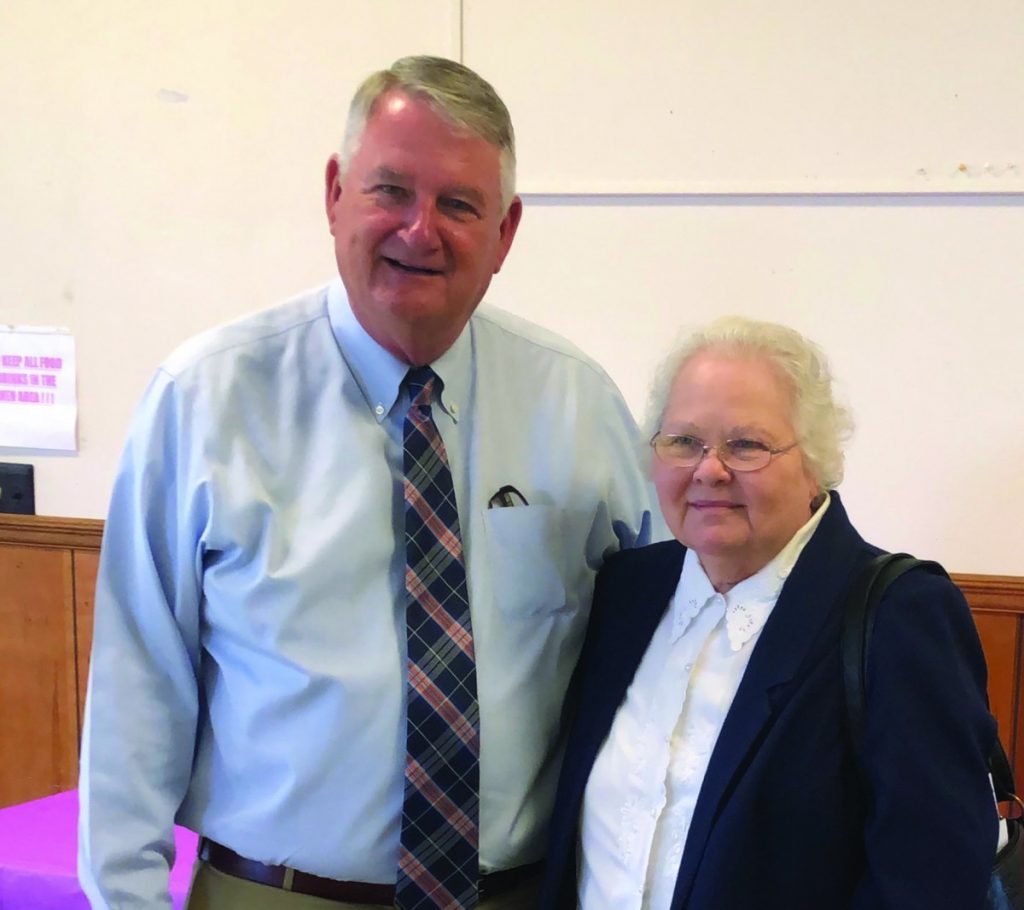