The Seminole County Indians and Lady Indians’ golf teams are practicing hard this week in preparation for the 2019 GHSA State Golf Tournament.  This year the boys tournament will be held at Southern Landing Golf Course in Warner Robbins and the girls will compete at Southern Hills in Hawkinsville.  Both tournaments will be a two day event and will take place Monday, May 20th and conclude Tuesday, the 21st.

Both teams captured the Area Championship this year and look to claim the top prize at state.  Seminole County Head Coach Kevin Godwin is excited about the upcoming event.  “All of our golfers have worked really hard this year and we are blessed to have this opportunity to compete for the state title.”  The boys will be led by Senior Nick Porter who will be in his final golf match as an Indian.  “Nick has really stepped up this year and has been a great leader.  His game has really come around and is a big reason for our success this year,”  added Godwin.

Juniors Chandler Henton and Nate Wingertsahn, Sophomore Jay Palmer and Freshman Will Pace round out the Indian Squad. 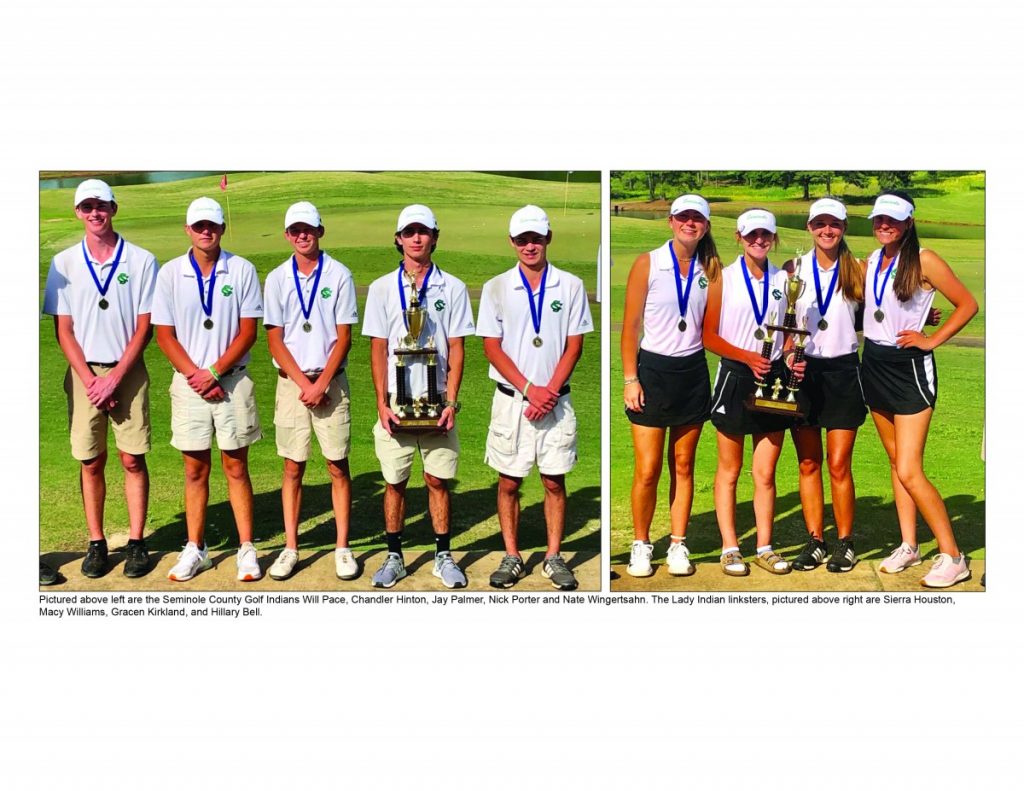