Woolf is the winningest and longest tenured coach in Bobcat football history. He guided Early County to 105 wins, taking eight of his 16 teams to the state playoffs. His 2001 team reached the Class AA state championship game.

After a year off in retirement Woolf took over the Daleville, Alabama football program in 2018. As Daleville’s head football coach and athletic director, he guided the team to a 6-5 record and was selected The Southeast Sun/Daleville Sun-Courier Coach of the Year for his playoff appearing efforts.

“I am excited to come to Seminole County,” Woolf said. “It is a good opportunity. They have a great administration and great tradition. I am an Indian now and my blood is quickly turning to  that bright shade of Seminole County green.”

“We are very pleased to be adding Trey Woolf to Seminole County’s  athletic program.  Trey will be coming to Seminole County with an established record of success on and off the field. He brings a great deal of experience and we look forward to his leadership in our program,” commented Seminole County School Superintendent Brinson Register.

Coach Woolf will be reporting to Seminole County as soon as possible to begin the transition and start working with the staff and players.

Woolf and his wife Pam have one daughter, Aliss who is a Junior at Georgia Southern University. 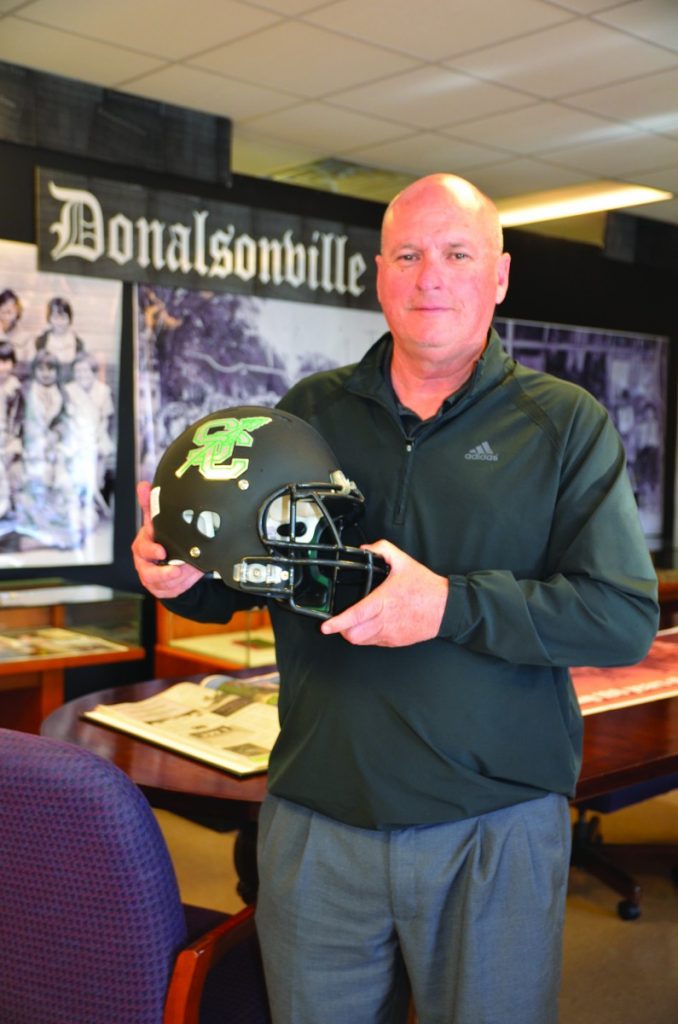