The event, hosted by the American Legion Post 157, will be held on the front lawn 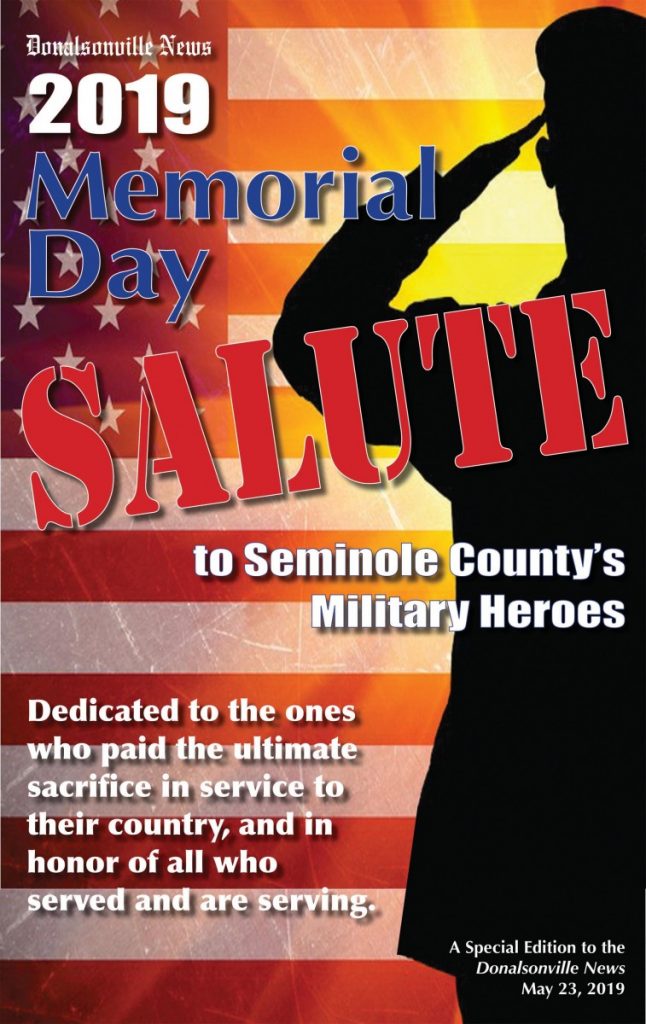 of the Seminole County Courthouse located on Knox Avenue in downtown Donalsonville.

Memorial Day weekend begins Friday afternoon and the annual Seminole County Memorial Day celebration and ceremony, honoring those who gave the supreme sacrifice for our freedom. begins at 10 a.m., Monday, May 27. The keynote speaker for this year’s event will be James Miller, retired Army 1st SGT, a Purple Heart recipient and a member of American Legion Post 157.

The Legion Color Guard, Marlon James and Lewis Godby, will handle the raising and lowering of the flag.  The Post Commander, Royce Davis, will lead the community in the Pledge to the flag, and the Laying of the Wreath will be presented by the Honor Guard, Mr. John Blue and Mr. Neal Rumble, two of the oldest members in Post 157.

The ceremony will also feature Tom Hayes on the keyboard, singing and playing his special arrangement of patriotic songs. Tom is Orita Tedder’s brother and has been blind since birth. Taps played by Destiny Jones and prayer by the Chaplain will close the ceremony.