Without the shade trees, it’s going to be a hot Summer for all of us impacted by Hurricane Michael.

Satellite imagery by the National Weather Service Tallahassee is already showing that the areas where millions of trees fell during the Category 5 storm are heating up faster, and a little hotter, than the surrounding areas.

“The trees reduce the sunshine absorbed in the ground,” said Wright Dobbs, a meteorologist with the National Weather Service. “They keep it a few degrees cooler … we are noticing on the satellite imagery those areas where Michael knocked down a lot of trees are warmer.”

With a scorching hot Memorial Day Weekend in the books, temperatures are expected to be in the high 90s and low100s for the near future and the weather service continues its warning people to take proper precautions against the heat, like staying hydrated and taking breaks from working in the sun.

These warnings are likely to be true for the duration of the Summer and into the Fall.

What exactly the impact will be from reduction to the tree canopy is hard to quantify, Dobbs said.

“A lot goes into it,” he said, listing off variables such as the amount of moisture in the air, that will also impact the local weather and temperatures. “We are in a wait and see mode … It will probably become a point of research for academics.”

With the devastating 161-mph sustained winds nearly clear cutting local forests, there has been a lot of concern about the impacts of tree loss.

In addition to the warmer temperatures, with million tons of wood on the ground one of the major threats is fire. Officials have described the impacted swath as a tinderbox just waiting for a match. There have been several wildfires already this year that were able to be contained without significant damage to property, but State Agricultural Commissioner Nikki Fried has warned the area is primed to have a wildfire even bigger than the ones in California due to the amount of fuel on the ground.

Officials are also worried about the opposite end of the spectrum – flooding. The downed trees have created a two-pronged problem for water management. One, without them being there to absorb the water there is more of it that needs to be managed, and two, with the debris on the ground they have essentially created hundreds of thousands of little dams that obstruct flow, causing back ups.

Article reprinted from the 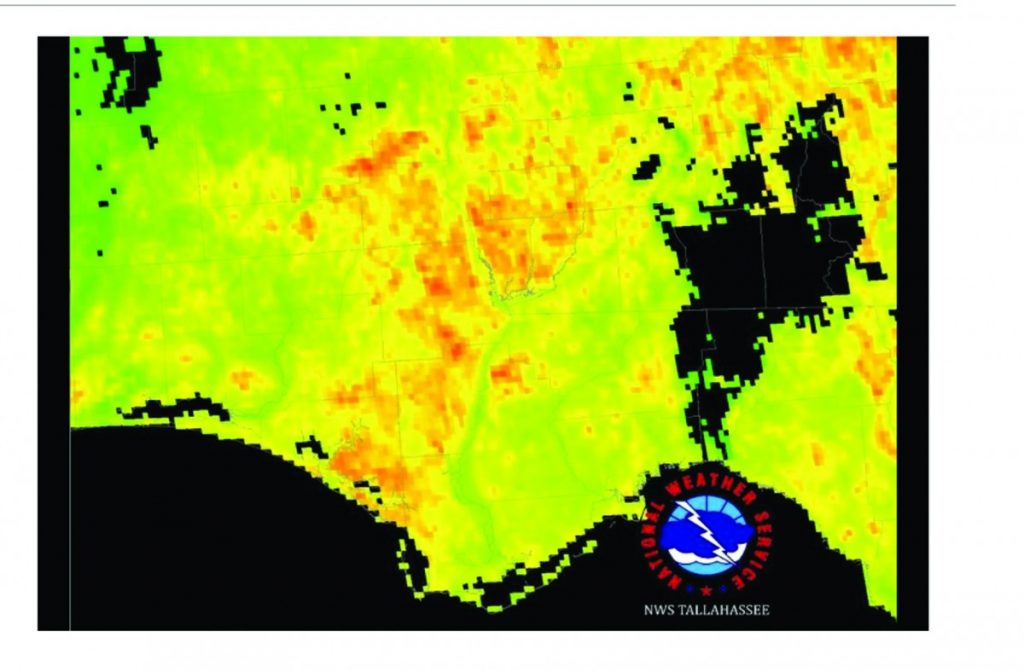