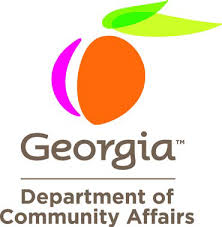 Recognizing that many small, rural downtown areas have experienced varying levels of economic distress, Georgia Department of Community Affairs  (DCA) worked with the Georgia General Assembly to secure passage  in 2017 of a bill calling for the development of “Rural Zones.” The establishment of up to 10 zones per year will enable businesses and investors to obtain tax credits for qualified activities occurring within designated Rural Zones. DCA, in partnership with the Georgia Department of Economic Development, will receive applications and designate zones each year to provide an incentive for job creation and private investment in the designated locations. The City of Donalsonville plans to be one of those applicants this year thanks to a collaboration  effort  between city officials, the chamber of commerce, the community’s development authorities and the BetterWay Initiative.

In a called meeting last week the Donalsonville City Council approved funding to secure the services of the Southwest Georgia Regional Commission to craft the application proposal. Working with local authorities the commission will now proceed to create a strategic plan and additional application requirements by the August deadline. The cost of the Commission’s services to draft the proposal is $6,000.

The R.U.R.A.L. (Revitalizing Underdeveloped Rural Areas Legislation) Zone is a five-year designated program that targets rural downtown areas that have been adversely impacted by local economic conditions by creating Rural Zones and offering economic development incentives. It differs from other programs at DCA, which provide technical assistance and access to capital because it would establish an incentive program to stimulate investment, job creation, and economic development. It also adds in retail opportunities, which are currently excluded from job tax credits. Further, multiple sources can benefit – for instance, a single new coffee shop might provide job tax credits for the local business owner, an investment credit to an urban investor and a rehabilitation credit to a local contractor.

The  program’s Investment Credit is equivalent to 25% of the purchase price, not to exceed $125,000 total or $25,000 per year. At least two net, new full-time equivalent jobs must be created and maintained to qualify for the investment credit. This credit is for people who purchase a building downtown and cannot be taken unless jobs are created and JTC is taken.

For a success story of the program you do not have to look very far. More than a year after being designated as a Georgia R.U.R.A.L. Zone, Bainbridge developers have seen a combined $285,401 in various tax credits thanks to the piece of legislation.