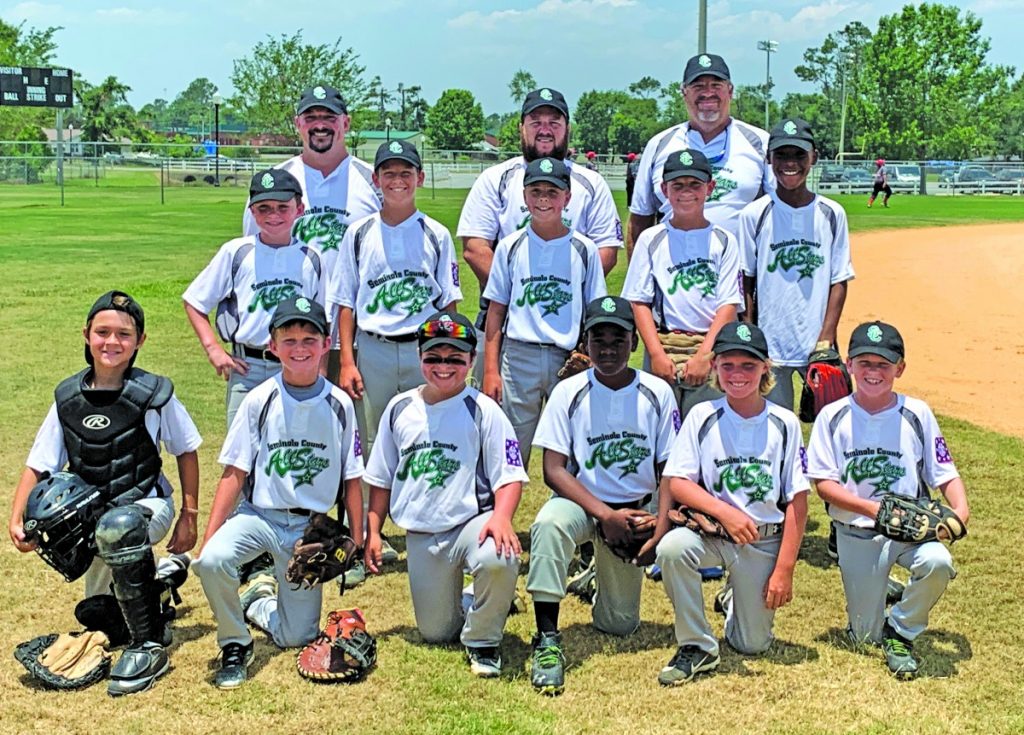 On June 1st and 2nd the Seminole County Recreation Department hosted the Dixie Youth District 5 nine- and ten-year-old All Star tournament to decide who would represent the District at the Georgia Dixie Youth State Tournament starting July 5th  in Cochran, Georgia. Our Seminole County All Stars started the tournament on Saturday morning by playing Baconton. It was a back and forth game, but thanks to strong offensive showing by Colt Williams (3 hits and 2 runs) and Cullen Hicks (2 hits and 2 runs) combined with good pitching from Luke Akers, Luke Scott and Jack Palmer, Seminole County was able to hold off Baconton 8-5.

Seminole County then faced Irwin County again on Sunday at 2:00 p.m. for the championship. It was another exciting game back and forth. Luke Akers pitched a great game for Seminole, going 5 innings, striking out 7 and only surrendering 1 walk. In the sixth inning, Luke Scott came into pitch and closed out the game striking out 2 Irwin players, making Seminole County District Champs with a 9-7 victory. Seminole again had great offensive production from the entire team, including multiple hits from Colt Williams, Brody Rogerson, Preston Deal, and Cullen Hicks.