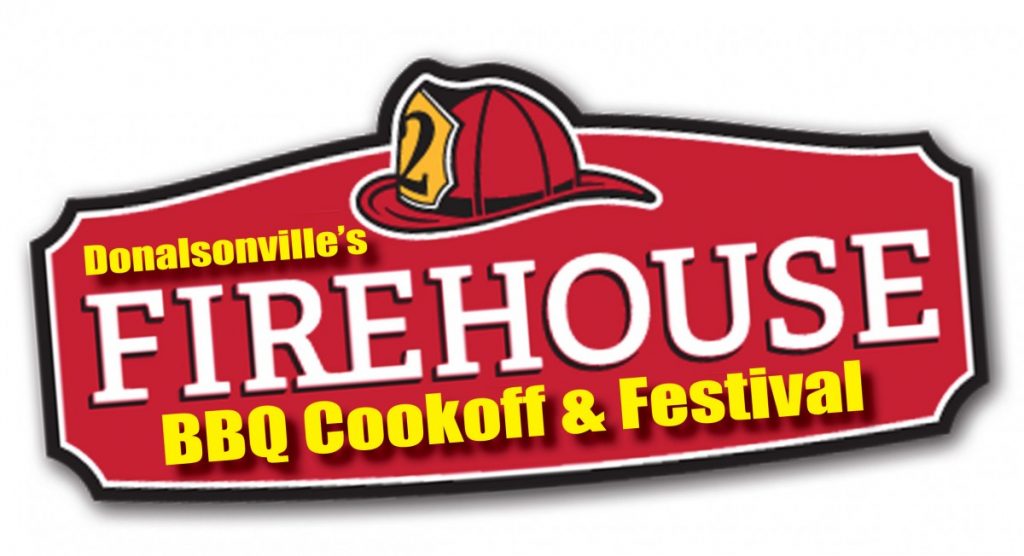 The first annual Fire House BBQ Festival and Cook Off, sponsored by the Donalsonville Downtown Development Authority, was a huge and red-hot success this past April. Twenty-eight teams competed in the Georgia Barbecue Association sanctioned event for a chance to show off their cooking skills and compete for cash prizes and bragging rights. Plans were already in the works for the staging of next year’s event to be held again the first weekend in April at the Donalsonville Fire Station located at 300 North Tennille Avenue in Donalsonville. Organizers were already discussing ways to make the second event even bigger and better than the first one when the Georgia Barbecue Association (GBA) called with news that the highly successful Donalsonville event  had been put in a whole new league.

The Donalsonville Firehouse BBQ Cook Off and Festival is now cooking with the big boys.

In the GBA organization,  competitors earn points at each event and those points are tallied through the year and at the end of the year, the top ten teams are awarded at the annual banquet.

Due to the tremendous success of the inaugural Cook Off this past April, the Donalsonville event in April of 2020 has been upgraded to  a double points contest by the GBA. “There are only three of these double points contests each year and we are honored, along with the ones in Griffin and Tifton, to be hosting these contests  for the GBA during the 2019-20 contest year,” commented local BBQ master and cook off competitor Keith Bowen.

Because Donalsonville’s contest is  held late in the association’s contest year there will be a lot of added attention for those teams that are trying to make a late charge in the Team of the Year contest. Most teams try to make an extra effort to attend these double point contests since, naturally, it is an easy way to pick up quick points and get a cushion or make up ground. Now that the Donalsonville event has been upgraded to a double points contest, a large increase in attendance by the pro teams is expected in 2020. “We could be pushing 50 plus teams for our second annual contest, up from our first year attendance of 29 pro teams,” added Bowen.

Before the double point status was awarded by the GBA plans were already in the works for next year’s event to also feature a steak cooking contest on the Friday night of the BBQ contest weekend. If you feel that your steak cooking talents are unbeatable and you would like to get more information about the steak cooking contest, go to steakcookoffs.com and you can find a list of upcoming contests and a  lot of other pertinent information. The Donalsonville steak cooking contest will take place entirely on Friday afternoon and night. The steaks will be picked out by the teams at the cooks meeting at 5 p.m. The entry fee of $100.00 will include two steaks and only one of them has to be submitted for judging. “Can’t beat that with a stick,”  added Bowen.