Beginning Friday, July 12th in Cochran, the Seminole County 10U All Star team will compete in the Final Four along with Irwin County, Cochran, and Taylor County in a four-team double elimination format. The team that ends up winning the state championship this weekend with have the honor of representing the state of Georgia in the Dixie Youth 10U World Series in Lumberton, North Carolina July 26th – July 31st.

On July 5th, the Seminole County 10U All Star team traveled to Cochran, Georgia for the opening weekend of the Dixie Youth Baseball State Tournament. Unfortunately, Seminole County did not play their best baseball in game one vs Cochran and found themselves on the wrong end of  a 14-2 score. With their backs against the wall, Seminole County came back Saturday, July 6th, with something to prove, needing to win both games to have a chance to move on to the Final Four, to be held next weekend.

Saturday found Seminole County facing off with Dooly in their second game of the tournament. Thanks to a complete game thrown by Luke Akers, a solid catching performance from Cullen Hicks, and some excellent defensive plays from Jack Palmer, Ellis Denham, and Brody Rogerson, Seminole County was able to outlast Dooly, 2-1.

That meant all that stood between Seminole County and a return to Cochran for a Final Four appearance, was the Wrens All Star team, who returned nine players from their team that placed second at state last year.

In the top of the sixth inning Preston Deal was hit by a pitch and Luke Akers got a hit, to put two runners on when Reed Phillips hit a line drive double down the right field line, scoring Deal and Akers. That ended up being the dagger, boosting Seminole to a 4-2 win. Also aiding in the victory were solid pitching performances from Colt Williams and Luke Scott.

The Seminole County 10U All Star team will return to Cochran Friday, July 12th, to compete in the Final Four, along with Irwin County, Cochran, and Taylor County in a four team double elimination format.

Seminole County will start off play this weekend against Irwin County on Friday at 7:00 p.m.

The team that ends up winning the state championship this weekend, will have the honor of representing the state of Georgia in the Dixie Youth 10U World Series in Lumberton, North Carolina July 26th-July 31st. 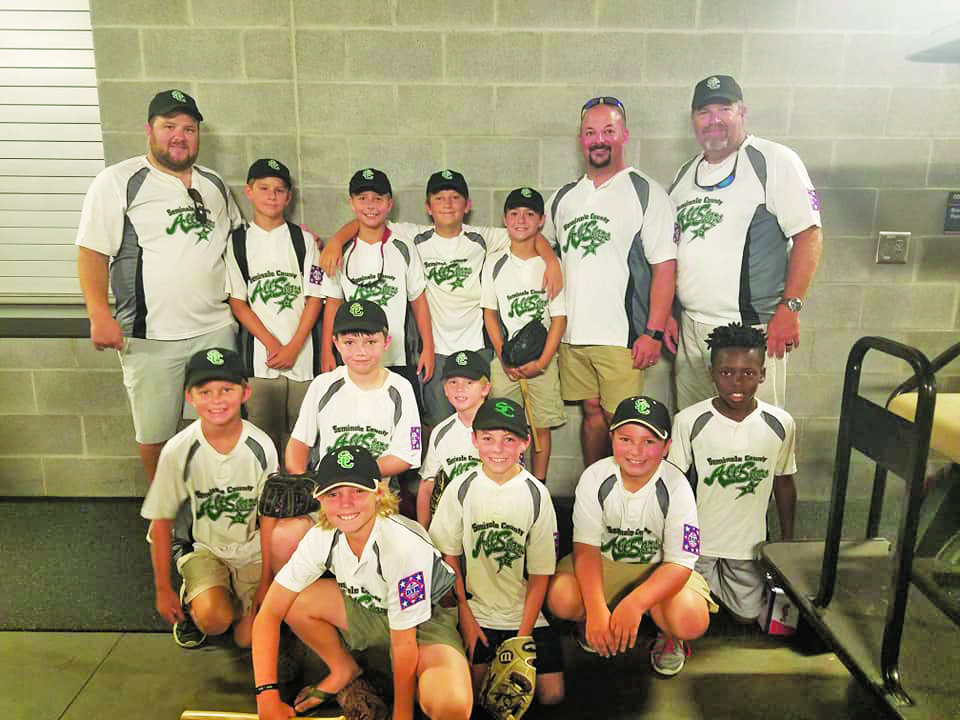