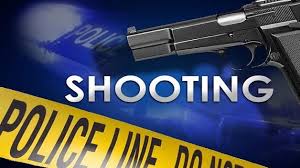 On Sunday afternoon, July 7, at approximately 12:45 p.m., Seminole County E911 requested Donalsonville Police Officers respond to the lobby of the Seminole County Jail in reference to a shooting victim.

Upon arrival, Donalsonville Police Sgt. David Brunson and Officer Craig Carr spoke with the victim, Alfonza Kimble, who gave the responding officers the name of the suspected shooter, Joey Daniel Thomas, and the location where the incident took place, which was also the current location of Thomas.

The officers proceeded to 1500 Gardner Drive in Donalsonville and took Thomas into custody without incident. Officers called Donalsonville Police Department Investigator Greg Long to the scene of the crime and Investigator Long assumed the investigation.

Thomas was charged with one felony count each of aggravated battery, aggravated assault and possession of a firearm during the commission of a crime. He is being held in the Seminole County Jail.