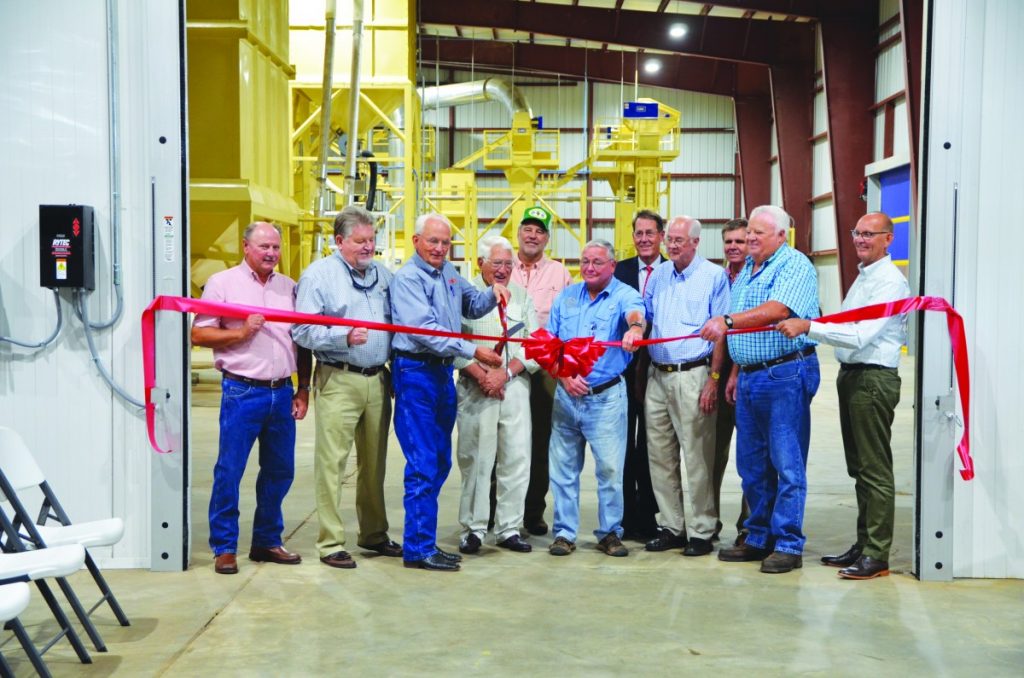 American Peanut Growers Group (APGG) hosted a special ribbon cutting celebration Tuesday, August 6th at 11 a.m. to mark the opening of its new state-of-the-art blanching facility within the APGG complex located at 5212 Georgia Highway 39 in Donalsonville.  The new blanching facility will add 17 full time jobs, a substantial increase to the local property tax base, and will be an economic boost to the Donalsonville and surrounding tri-state communities.

President and CEO Neal Flanagan welcomed a standing room only crowd of employees, board members and community, state and national leaders. Speaking to the crowd after Flanagan,  Georgia Agriculture Commissioner Gary Black praised the company for its far forward thinking  and its positive impact on the Southwest Georgia region and beyond. Dignitaries addressing the crowd also included USDA’s Under Secretary for Marketing and Regulatory Programs Greg Ibach and Donalsonville Mayor Dan Ponder.

APGG is a grower owned peanut shelling facility with 109 member owners from southwest Georgia, northwest Florida, and southeast Alabama.  The APGG project is an exemplary model of a community growing from within, and has gained support and attention from both state and national levels. Realizing the potential opportunities created by the 2002 farm bill and the need to sustain the number one industry in the region, our growers organized in late 2001 and began seeking support for a cooperative peanut handling and shelling project. Funding for the project came from the growers’ private investment, state and federal grant/loan programs, and taxable revenue bonds.

APGG began operation in Donalsonville when it’s shelling plant was constructed in 2003.