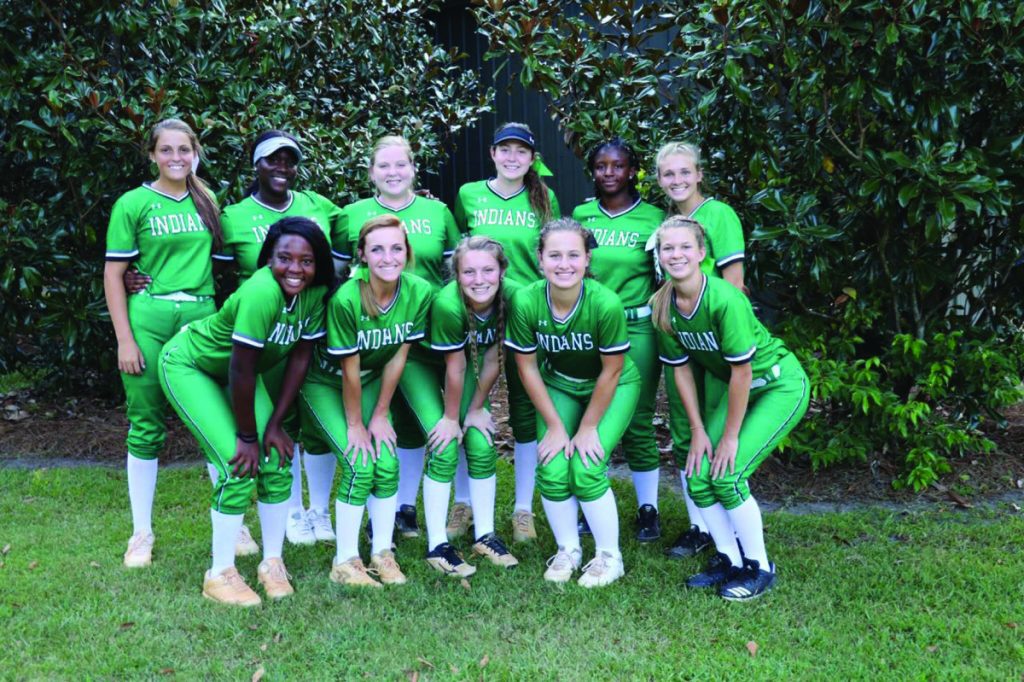 The Seminole County Indians varsity softball team easily did away with Terrell County 19-2 on Tuesday, August 13 in Dawson.

The Lady Indians opened it up scoring in the first inning and never looked back.  Bryanna Hardy doubled on the first pitch of the at bat, scoring one run.

Seminole County put up seven runs in the fourth inning.  Tytiana Mathis, Macy Williams, Hardy, Hillary Bell, and Gracen Kirkland each had RBIs in the frame.

Williams was the winning pitcher for Seminole County, allowing only one hit and two runs over four innings, striking out ten.

A. Huckaby took the loss for Terrell County. She surrendered 12 runs on 14 hits over three innings, walking one.

Seminole County tallied 18 hits on the day.  Williams, Mathis, Bell, Hardy, Abigail Grantham, and Kirkland all had multiple hits for the Lady Indians. Hardy, Bell, Mathis, and Williams each had three hits to lead the team.

Last Friday’s, August 9, game against Cairo was a heartbreaker for the Lady Indians as they lost the lead late in a 6-3 defeat.  Cairo trailed 3-2 in the top of the fifth inning when Peyton Pearson singled on a 1-2 count, scoring two runs.

In the first inning, Seminole County got their offense started when Shelby Godby singled on a 0-2 count, scoring one run.

The Seminole County Lady Indians’ effort to come back from down four runs in the sixth inning came up just short, as they fell 9-8 to Bainbridge on Saturday, August 10, after lightning shortened the game in the bottom of the sixth.

The Lady Indians collected eight hits and Bainbridge had eight as well in the high-scoring affair.

Bainbridge took the lead for good with five runs in the third, inning.  In the third an error scored one run for Bainbridge, Conner homered on a 1-2 count, scoring two runs, and L. Delbrey hit a solo homer.

The Lady Indians game with the Thomasville Bulldogs was cancelled due to inclement weather and will be rescheduled. Seminole County’s next games will be Monday, August 19 at Baconton, Tuesday, August 20 at Randolph -Clay in Cuthbert and Thursday, August 22 at Miller County.