Pictured . . .  Addie Holt celebrates after a diving catch in center field with left fielder Hillary Bell and shortstop Abigail Grantham backing her up. The catch was Saturday against Thomasville.

Macy Williams was brilliant on the rubber on Wednesday, August 21 as she threw a no-hitter to lead Seminole County Indians Varsity past Randolph-Clay 20-0.

The Seminole County Softball Lady Indians secured the victory thanks to 12 runs in the third inning. Seminole County’s big bats were led by Williams, Bryanna Hardy, Shelby Godby, Hillary Bell, Gracen Kirkland, and Maggie Palmer, all driving in runs in the inning.

Williams led the Seminole County to victory in the pitcher’s circle. She surrendered zero runs on zero hits over three innings, striking out eight and walking one. The Lady Indians totaled 13 hits. Kirkland, Hardy, Abigail Grantham, Bell, and Godby all collected multiple hits for Seminole County Indians Varsity. Godby, Bell, Grantham, Hardy, and Kirkland each managed two hits. Seminole County tore up the base paths, as two players stole at least two bases. Tytiana Mathis led the way with three. The Lady Indians were sure-handed and didn’t commit a single error. Mathis made the most plays with eight.

The Lady Indians put up five runs in the sixth on its way to a 7-1 victory over region rival, Miller County on Thursday, August 22. Hillary Bell and Gracen Kirkland all moved runners across the plate with RBIs in the inning.

Seminole County tallied five runs in the sixth inning. The Lady Indians’  big inning was driven by an error on a ball put in play by Kirkland and a double by Bell.

Macy Williams earned the win for Seminole County. She  went six innings, allowing one run on three hits, striking out eight and walking one.

Bell led Seminole County with two hits in three at bats. Williams led the Lady Indians in two stolen bases, as they ran wild on the base paths with six stolen bases.

Playing on the field of Columbus State in Columbus on Saturday, August 24, Thomasville scored four runs in the fifth inning and defeated the Lady Indians 6-2. Thomasville’s big bats were led by Mallory Fletcher, Malorie Turnbull, Allyson Mirick, and Kk McDougal, all driving in runs in the frame.

Turnbull led the Lady Bulldogs to victory in the circle. She lasted six innings, allowing zero hits and two runs while striking out five.

Macy Williams took the loss for the Lady Indians. She surrendered six runs on seven hits over five innings, striking out five and walking one.

Thomasville racked up seven hits. Turnbull and Ava Fletcher all managed multiple hits for the Lady Buldogs and Thomasville didn’t commit a single error in the field. Fletcher had six chances in the field, the most on the team. 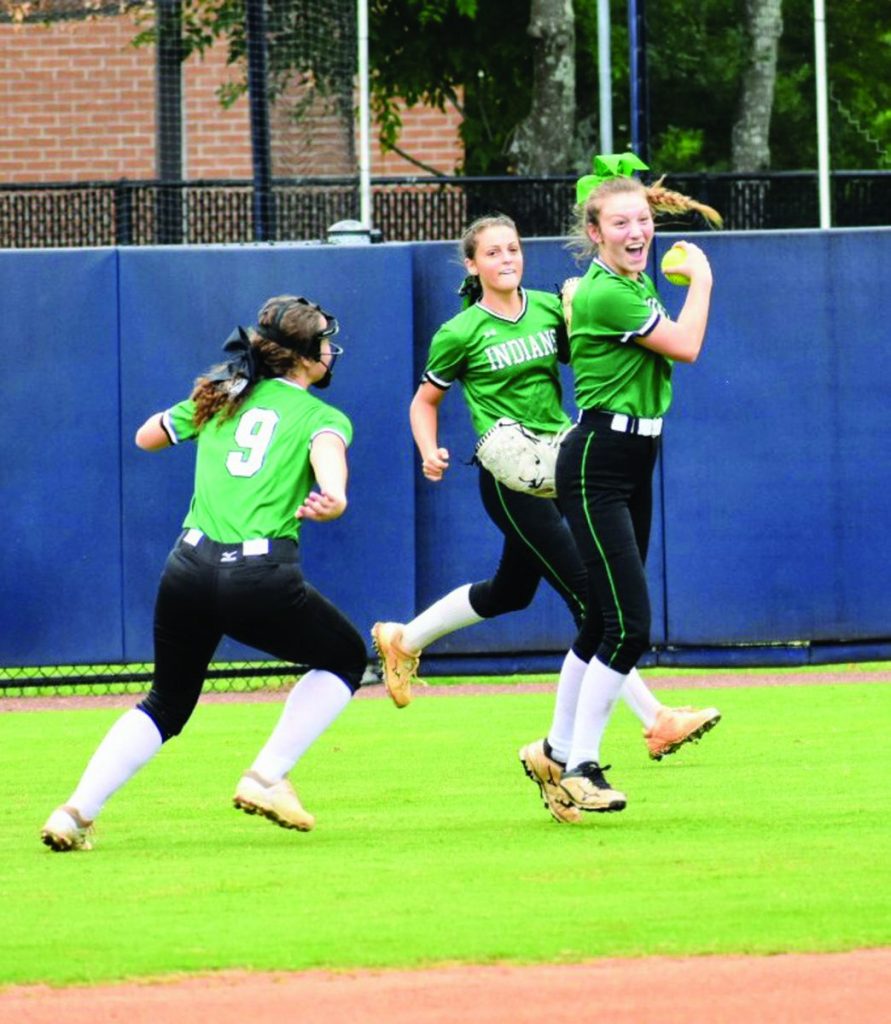 The Seminole County Lady Indians couldn’t keep up with Bowdon on Saturday, August 24 and fell 7-0.  A single by Shelby Godby in the second inning was one positive for Seminole County.

Maggie Harris was the winning pitcher for Bowdon. She allowed three hits and zero runs over six innings, striking out nine and walking one.

Macy Williams took the loss for Seminole County. She surrendered seven runs on seven hits over five innings, striking out two and walking one.

Tytiana Mathis, Abigail Grantham, and Godby each managed one hit to lead The Lady Indians.

Sydnee Reaves went 2-for-3 at the plate to lead Bowdon in hits. Bowdon was sure-handed in the field and didn’t commit a single error. C. Huggins had the most chances in the field with ten.

We said YES to the vaccine!