Pictured: Gracen Kirkland slides into home in the sixth inning against Pelham.

Williams started the game for Seminole County. She went one inning, allowing zero runs on zero hits, striking out three.

Bell got the win for the Lady Indians, going two innings, allowing zero runs on two hits, striking out four and walking one.

Bell induced a groundout to finish off the game.

Seminole County tallied 21 hits. Hardy, Williams, Shelby Godby, Abigail Grantham, Gracen Kirkland, Tytiana Mathis, and Bell each collected multiple hits for the Lady Indians.  The Lady Indians stole 11 bases during the game as two players stole more than one. Grantham led the way with three.  Seminole County was sure-handed and didn’t commit a single error. Hardy made the most plays with  seven.

The Seminole County Lady Softball Indians stole the lead late in the game in a 12-9 victory over the Lady Pelham Hornets on Tuesday, September 3.  The game was tied at nine with the Lady Indians batting in the bottom of the sixth when Hillary Bell doubled on the first pitch off the at bat, scoring one run.

The Lady Indians fired up the offense in the first inning when Shelby Godby’s sac fly scored one run for Seminole County. Macy Williams earned the victory on the rubber for Seminole County, going seven innings, allowing nine runs on eight hits and striking out 12.

Ella Spence took the loss for Pelham. She allowed 11 hits and 12 runs over six innings, striking out three.

Seminole County racked up 11 hits in the game. Bell, Williams, and Gracen Kirkland each had multiple hits for the Indians. 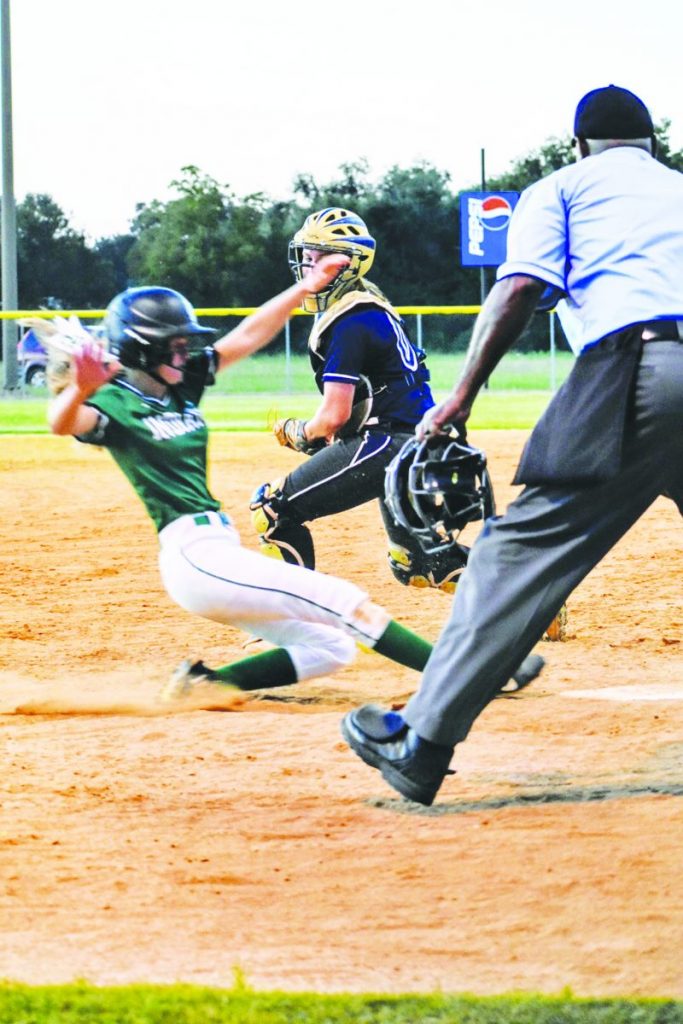