The State of Georgia is moving rapidly to provide its voters with a renewed sense of confidence in the accuracy of Georgia elections by replacing all of its voting equipment. The equipment has been selected, tested, and ordered, and procedures are being developed for using it.

It’s a déjà vu moment for Georgia
– and for me. We went through an almost identical process 18 years ago after the 2000 presidential election exposed the major deficiencies of Georgia’s hodge-podge of election systems and equipment then in use, all of which caused the loss of almost 94,000 votes in that election.

Now, as I did in 2001, Secretary of State Brad Raffensperger and his team will spend every waking moment until next March’s presidential preference primary to install a new statewide voting system that will be a model for the nation. He extended me the courtesy of a close-up look this week, and I was impressed with what I saw.

Georgia’s new voting system will incorporate features of our current voting system that voters have come to appreciate: an easy-to-use check-in system (now on an iPad), and a touch-screen computer that will present the ballot choices in a bright, easily readable format that can be enlarged for weaker eyes, and can be read to voters in an audio mode for independent voting by visually impaired voters. It alerts voters in a clearer fashion if they have skipped a race. It runs on a standard Windows 10 operating system that can be regularly updated.

But notably, voters get not just one – but two chances to review their choices on the new system.  After reviewing their choices on the touch-screen computer, the voter will print out a paper copy of their actual ballot and will then again see in regular text the names of each candidate for each race they have selected, and can once again make sure everything is recorded properly before their ballot is cast.

This piece of paper is the actual ballot that will be counted – no data is stored on the touch-screen computer. The paper ballot will have a QR code printed on it, which is a form of bar code that digitally translates the textual choices for faster counting (just like you scan items in a grocery store), and that code will appear in addition to the textual listing of all the voter’s choices. However, in the audit process that will follow all elections, county election officials will count the text version of candidate choices on the paper ballots. Those audited numbers will serve as a check against the scanned totals, giving voters a higher level of confidence that the numbers will match in every election.

The Secretary of State and State Elections Board are developing an umbrella of election rules, which have the force of law, to govern the use (including the programming, testing, storage, and maintenance) of the new voting equipment and the processes for auditing each election. These rules provide the true protection for Georgia election systems; no voting system in use anywhere is perfect – but providing the structure in which the voting machines are used, protected, tested, stored, and maintained makes the voting system far safer than computers that are commonly used in our homes and many offices.

Georgia voters have come to enjoy the ease of voting on a system that is familiar to them and produces dependable results. Although the current voting system has never been hacked or compromised after more than 18 years of use, it was unquestionably time to upgrade the system. I commend Gov. Brian Kemp and Secretary Raffensperger for making the investment to do that immediately after the last election cycle, with the support of the General Assembly.

In the coming year, advocates who sought a fully auditable paper trail, which was not available to us in 2001, will get the extra security that comes with a paper ballot, while the “ballot-marking” touch-screen computer will ensure that ballots are marked correctly, even for voters with disabilities. Voters will double their opportunities to review the accuracy of their ballots. The hand-marked optical scan ballots promoted by some advocates fail completely to offer voters these features.  That’s why every experienced county election officials who studied voting systems on last year’s SAFE Commission voted in favor of upgrading to a new touch-screen system like the one now being readied for use.

I’m proud that we led the nation in 2002 to correct the election problems we found in Georgia, and I’m equally pleased that we are here, again, ready to lead the nation in assuring that accurate and secure voting is still a top priority in our state. Faith in our democracy depends on trust in our elections.

Cathy Cox is the Dean of Mercer University’s School of Law, and served as Georgia’s Secretary of State from 1999 to 2007. 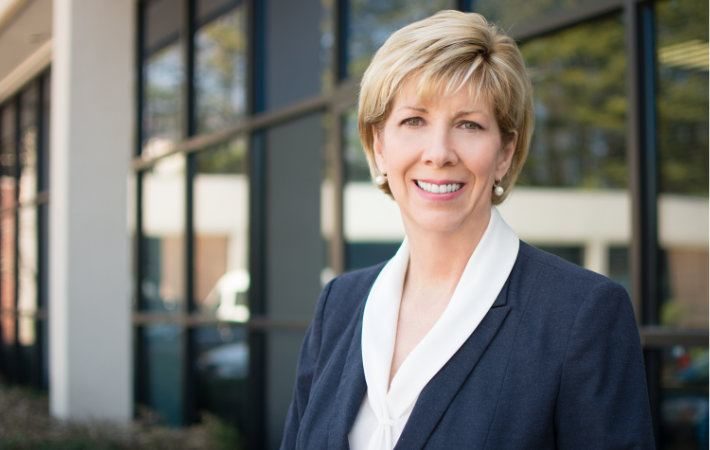