Pictured: The firefighter without a helmet is Kolby Bush, the one with the helmet is Britt Floyd, trooper Trooper Reed Stark, leaning down and medic Cody Lambert work to revive the pets that were recovered.

Donalsonville Fire Rescue Personnel along with Donalsonville Police Department and South Georgia EMS recently responded to a residential fire at 307 South Henderson Ave. Fire personnel contained the fire to the room of origin, a bedroom.

While fighting the fire, personnel were advised that there were five dogs and a cat inside the structure. Firefighters quickly located and removed the pets from the structure. Once outside firefighters and EMS personnel began resuscitation efforts on the pets, utilizing specially designed oxygen masks for dogs and cats. Four of the dogs and the cat were successfully revived.

The residence received heat and smoke damage throughout. Due to the high outside temperatures and humidity, Decatur County Fire was called for mutual aid to assist with overhaul of the fire room and to provide coverage until Donalsonville Fire units returned to service. 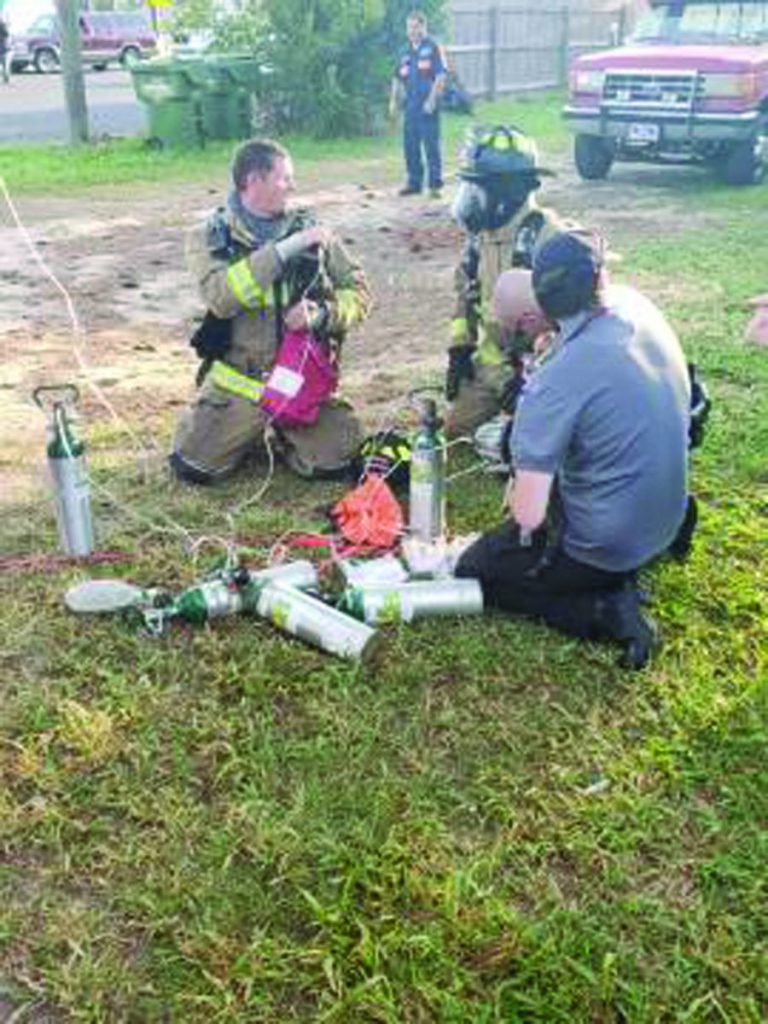