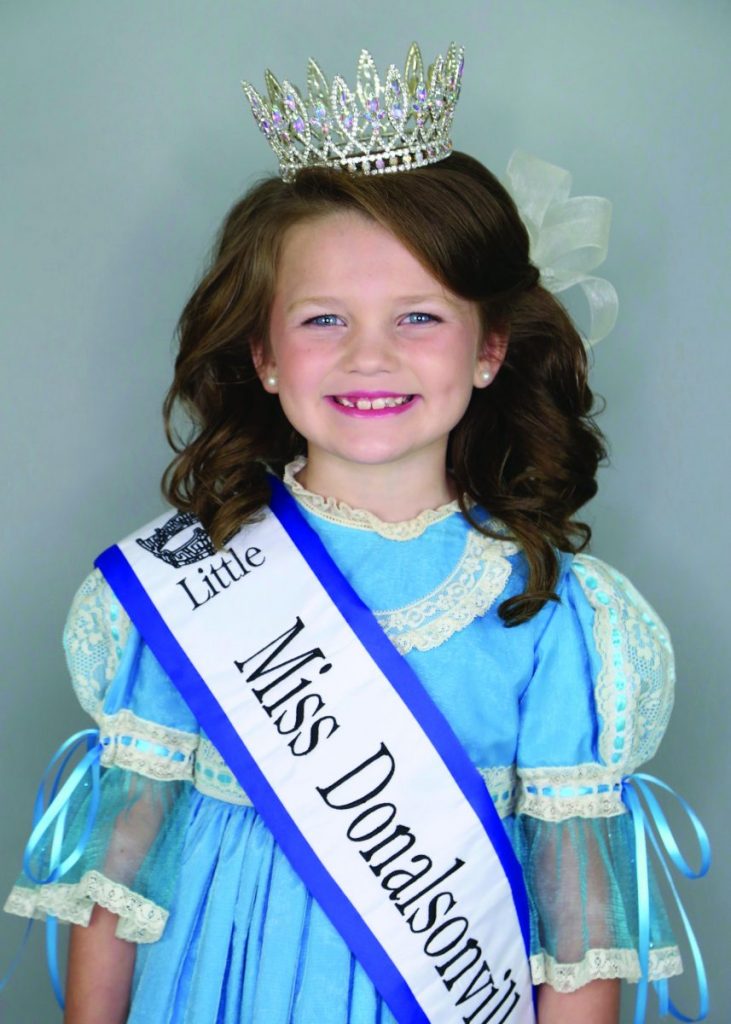 Maggie Miller, the seven-year-old daughter of Joey and Jessica Miller, was crowned Little Miss Donalsonville in March. Since being crowned, she has been preparing to represent Donalsonville in the Little Miss National Peanut Festival Pageant which will be held at the Dothan Civic Center on Saturday, October 12th at 6 p.m. EST. Forty-six contestants will vie for the title from Georgia, Florida and Alabama. The young ladies will compete in an interview that morning and on-stage competition that afternoon. This Summer the girls wrote an essay for the written communications portion of the pageant.

Maggie has traveled many miles this Summer, making over 25 appearances at various parties and teas throughout the Wiregrass area. She will ride in the National Peanut Festival Parade on November 9th. The parade will take place downtown Dothan.

Maggie is in the second grade at Southwest Georgia Academy. She enjoys dance, baton twirling and livestock showing. She has one brother, Paxton.

Maggie will check into her hotel on Wednesday, October 9th. If you like to send her a “Good Luck” note or wishes you may do so by sending it to Courtyard by Marriot, 3040 Ross Clark Circle, Dothan, Al 36301 Attention: Little Miss Donalsonville Maggie Miller.