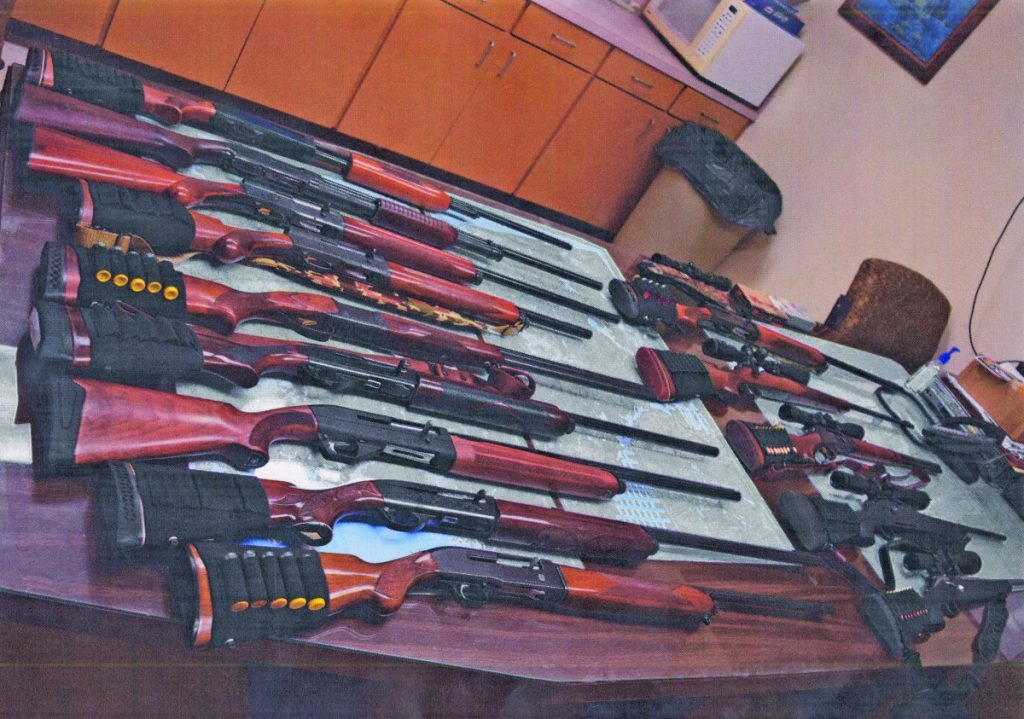 The two individuals, Michael Stephen Allen and Michael Todd McDaniel, were operating separately and have no known connection between them.  Both subjects were arrested by Investigators Lee Owens and Kyle McLeod of the Seminole County Sheriff’s Office along with members of the Decatur County, Georgia Sheriff’s Office and the Houston County, Alabama Sheriff’s Office.

Stolen property from these burglaries and thefts were recovered in three states, Georgia, Florida and Alabama.

The first individual is identified as Michael Stephen Allen, 32 years of age from Blakely, Georgia.  Allen is charged with three counts of burglary, one count of felony theft by taking and one count of entering an auto.

The second individual is identified as Michael Todd McDaniel, 44 years of age, from Ashford, Alabama.  McDaniel was employed with a local heating and cooling company and his crimes were committed while on a service call or shortly after the call he would return and commit the theft. In one incident he attempted to destroy the residence by fire in an attempt to conceal the burglary.  In another incident McDaniel stole weapons from a gun cabinet and constructed a fake gun from wood and tape and placed the fake in the gun cabinet in an attempt to deceive the owner.

McDaniel is currently charged with four counts of burglary, one count of arson in the second degree and 18 counts of theft by taking. Numerous other charges are pending against McDaniel at this time.

Photo of stolen firearms appears on page 3A.