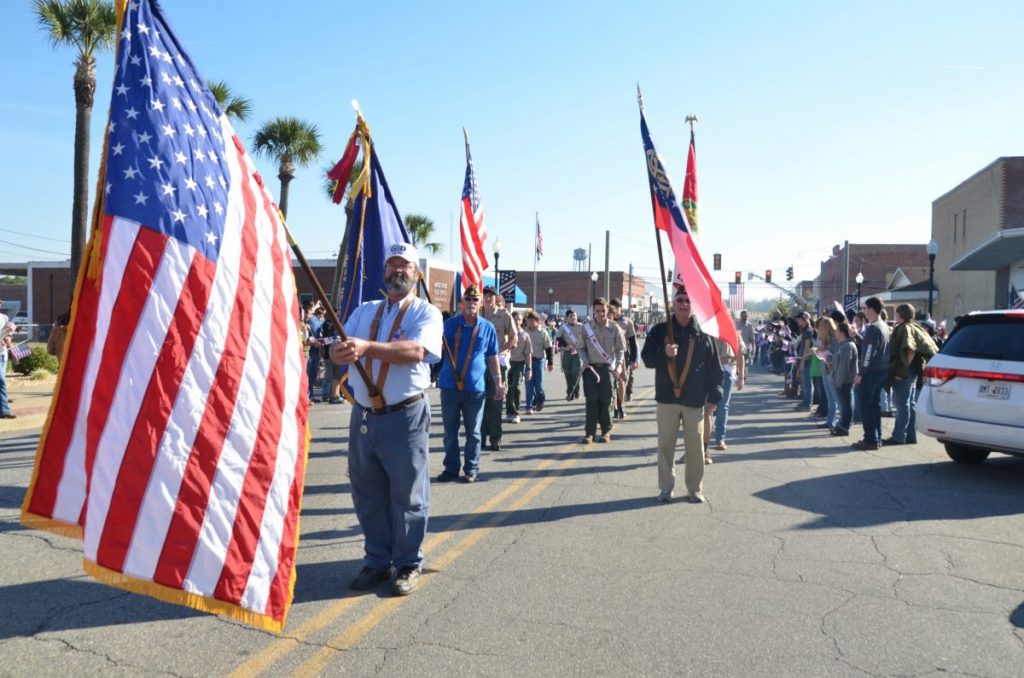 The annual Seminole County Veterans Day Parade is set to return at 9:40 a.m. Monday, November 11th in downtown Donalsonville. Hurricane Michael’s devastation last Fall caused the parade’s cancellation, but this year, rain or shine “We are having a parade!”

All veterans, officers, enlisted military personnel and family member(s) of servicemen and women currently deployed are encouraged to participate. Line up  of all walkers and riders will begin at 9:15 on the corner of Second Street and Tennille Avenue, behind the Ponder Enterprises office. The parade will begin at approximately 9:20 a.m. and travel down Second Street beginning at Tennille Avenue and ending at the Courthouse for the 10 a.m. ceremony.  The guest speaker for this year’s ceremony will be Dan Brewer, retired Lt. Colonel US Army. The Seminole County Elementary School Seminole Singers will provide patriotic musical entertainment and the Veterans Day playing of “Taps” will be performed by the Seminole County Green Machine Band’s Destiny Jones.

It is the hope of parade organizers to give our local veterans the honor they so richly deserve and have Second Street, from Tennille Avenue to the Courthouse, lined with cheering, flag waving citizens