“I am humbled to be selected as the teacher of the year,  There are so many teachers, at both schools, that I admire and look up to for my own growth and inspiration, commented Burke.

At SCMHS, Dr. Burke teaches Beginning Band, Intermediate Band, Marching Band, Concert Band, Rock Band, AP Music Theory and additional ensembles.  He has arranged or composed almost every piece played by the marching band for 19 years, and adapts the concert music to fit the band’s strengths, weaknesses, and educational needs. Additionally, he has created his own music theory teaching methods for his AP Music Theory classes.

Burke is also a nationally published composer and arranger of marching, concert, and jazz band music, having been published internationally with Alfred Music, Matrix Music and Jalen Publishing.  His works have been featured in “The Instrumentalist” magazine and he has had dozens of his charts selected as “Editor’s Choice” in the J.W. Pepper music catalog.  His concert band composition, “Gravitas,” is on North Carolina’s limited list of “approved music” from which bands are required to play for band festivals. An all-star band from California performed a patriotic medley Dr. Burke arranged at the 2000 Summer Olympics in Australia. As a member of ASCAP, he has received the ASCAPlus award numerous years and served as Composer-In-Residence at the 2010 Troy Southeastern U.S. Middle School Honor Band.

Burke has served as producer and recording engineer for many local acts in his home studio, including recording albums for local bands Guillotine and Serve to the Sovereign. Additionally, he has recorded publication demos for Jalen Publication that were distributed to every middle and high school in the US, and recorded artist demos for the movie Brother’s Keeper. Burke uses his experience with recording technology to instruct many of his band members to write and create their own productions.

Burke attends Grace Church in Bainbridge where he performs in the praise band, teaches classes, and writes theological commentaries. His parents are Steve and Carol Burke and he is married to Celeste Bennett Burke of Bainbridge. 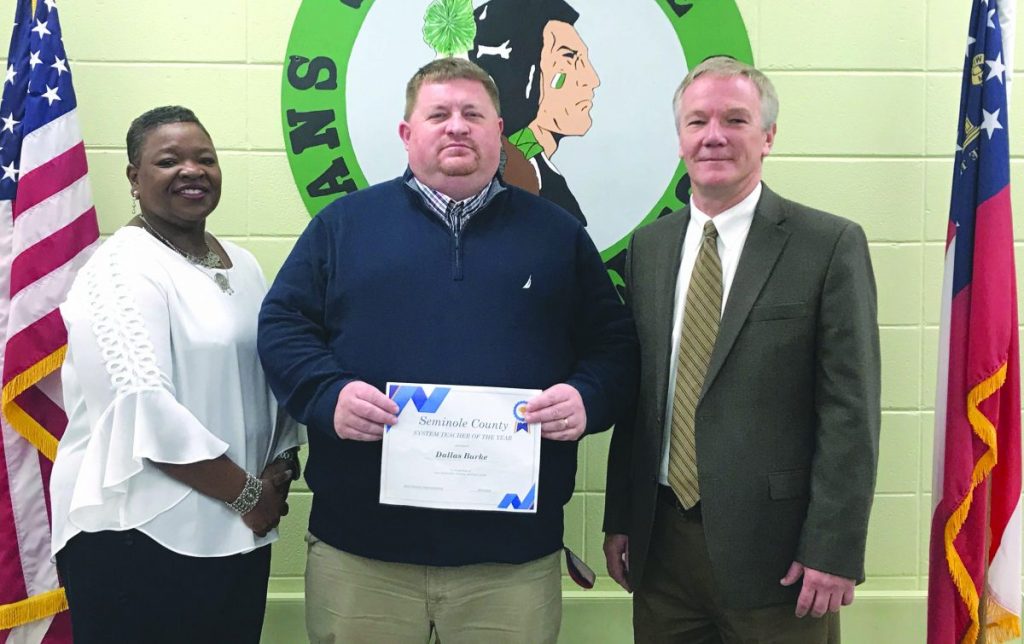