It is time for the annual Bainbridge-Lake Seminole Christmas Bird Count, which will be held this year the day after Christmas— December 26. That is the date local bird counters can join the tens of thousands of volunteers throughout the Americas to collect data about the health of bird populations.
The count began as a response to hunters who engaged in a holiday tradition they called the Christmas “Side Hunt.” Just before the 20th century the hunters would form teams to go out and hunt birds. Whoever brought in the biggest pile of birds won. That is also about the time scientists began to be concerned about declining bird populations. This inspired ornithologist Frank M. Chapman, an early Audubon Society officer, to begin a new holiday tradition — calling it a Christmas Bird Census — counting birds rather than killing them. The first official Audubon count was held on Christmas Day in the year 1900, at locations ranging from Canada to California and throughout populations centers of northeastern North America.
The information obtained from the counts provides Audubon researchers and conservationists data necessary to study the health and status of bird populations across North America. Some samples of information the counts have supplied include a comprehensive study of how climate change can affect the North American birds. The Audubon’s 2014 Climate Change report indicated that of the 588 North American bird species studied, more than half are in trouble. It indicates that 314 species will lose more than 50 percent of current numbers by 2080.
Counts are made within a designated 15-mile radius or circle, and results are compiled and submitted to The Audubon Society.
Local contact, Oscar Dewberry, has led a group for 25 years. He is a retired wildlife biologist who had a 50 year-long career with the Georgia Department of Natural Resources. He designated the 15 mile circle used in Decatur/Seminole County 25 years ago, and it is the same area used each year.
He invites birders of all skill levels to take part this year. He also provides information on how residents can gather numbers by monitoring their back yard bird feeders on that date; but only if they are in the designated area.
For more information, or to volunteer, contact Oscar Dewberry at 229-246-1890 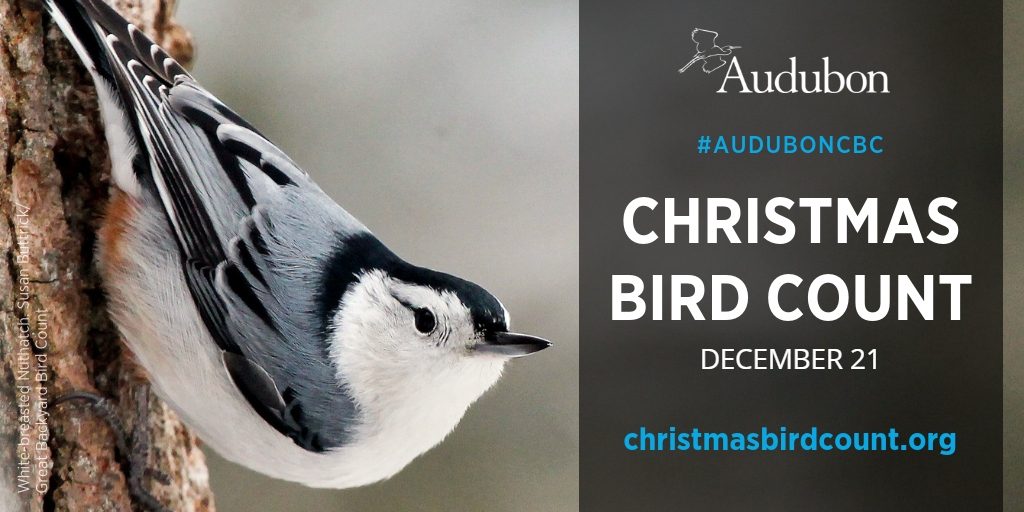