(1/10/19) On Sunday evening, January 6, Michael Anthony Torrance was traveling west in a Jeep Grand Cherokee on Second Street in the City of Donalsonville. Torrance failed to maintain his lane and traveled onto the north sidewalk of Second Street and his vehicle struck and completely destroyed one of the BetterWay Initiative’s  trees. Torrance then traveled back onto Second Street crossing both lanes of traffic, then traveling onto the south sidewalk. The vehicle then struck some planted flowers on the sidewalk in front of Vince and Minora Edenfield’s store before striking the front of the store, breaking the store window with its front end. The driver then backed up, and drove away from the store, traveling westbound on Second Street. Turning north on S. Knox Ave. Torrance attempted to turn left into a private driveway. He missed the driveway, traveling onto the west shoulder, and then onto private property. The vehicle then struck a metal handicap ramp with its front end and performed a U-turn and pulled into another private driveway, coming to a controlled rest facing west on Three Notch EMC private property.
Torrance was taken into custody and then released on bail. Torrance was charged with leaving the scene of an accident, violation of the open container law, driving under the influence and failure to maintain lane.
Stewart sworn into BOE office
(1/10/19) A large group of family and friends was at the Seminole County Courthouse Monday, January 7th as Seminole County Probate Judge Michael Jon Rogerson made it official and gave the oath of office to newly elected Seminole County Board of Education member Spencer Stewart. Stewart replaces long time BOE member Jamaca Coachman and will represent the citizens of District One.
Will Cobb is the STAR Student for SCMHS

(1/17/19) Seminole County Middle/High School proudly announces Will Cobb as its 2019 STAR Student. Cobb, selected on the basis of his SAT scores, class standing and scholastic averages, has chosen Mrs. Maribeth Burke as his STAR teacher,
Will is the son of Janna and Anthony Cobb and the grandson of Norma and Brad Hornsby and Alice and the late Allen Cobb. Will has lived in southwest Georgia all of his life, and has attended Seminole County Middle/High School since 2015. Will is honored to be the 2018-2019 STAR Student and would like to thank his school and family for helping him to make it happen.
Will is a member of the National Honor Society and is an honor roll student. Will has been a part of Future Business Leaders of America, 4-H, and the Principal’s Advisory Council. Will is an active member of the Seminole County Literary team and has been the student director of the high school One Act Play and Chorus. Will has also been a member of the Seminole Legacy Show Choir for three years. After high school, Will plans to attend college and earn a degree in musical theater.
Register to retire as
School Superintendent
(1/17/19) Seminole County School Superintendent Brinson Register announced his intentions to retire at Monday night’s meeting of the Seminole County Board of Education. Register said this decision was made after a great deal of thought and prayerful consideration. He assumed the office of Superintendent on July 1, 2015 following in the footsteps of Monroe Bonner, who retired with 31 years of service to the local school system. Register’s retirement will become official on June 30, 2019.
In announcing his retirement to the Donalsonville News Register commented,  “I can’t begin to express how much I have enjoyed working for the Seminole County Board of Education for these many years. I have a collection of priceless memories and formed lifelong friendships with many people throughout the years including colleagues and countless parents. I will be eternally grateful to the Seminole County Board of Education and the community for affording me the opportunity to be part of such a wonderful school system for so many years.”
In his more than two decades of service to the Seminole County School System Register was a special needs teacher from 1994 to 2004, the Assistant Principal for Seminole County Middle/High School (SCMHS) from 2005 to 2008, SCMHS Principal from 2008 to 2015 and Superintendent of Schools from 2015 to 2019.
Park clean up at
$3,000,000 and growing
(1/24/19) Since the day of  Hurricane Michael’s devastation on October 10, officials at Seminole State Park have been working nonstop to get the park cleaned up. They still have a long way to go, but Seminole State Park’s staff sees positive progress. The cost of clean up and park restoration efforts so far – has reached three million dollars. Park manager Lupe Lazarine commented, “That figure counts for manpower, equipment, and contractors, and the price tag for clean up and park restoration will continue to rise due to more equipment needed and other issues that are sure to come up.”
The park, as with most areas in Seminole County, lost a tremendous number of trees and the ground work is still far from being completed. The park’s cottages are 90% done; however, its campsites and nature trails have not been touched. Park officials are looking at an reopening date of May 1st – maybe. “It could be sooner or it could be later, but that is the date set for now. I will know more as time gets closer,” added Lazarine.

AUGUST
Cindy Meadows receives
4-H Booth Award
(8/1/19) Cindy Meadows of Seminole County was recently awarded the Southwest District William H. Booth Award which recognizes the outstanding work of Georgia extension agents involved in the 4-H program.
The Booth Awards, sponsored by Georgia Electric Membership Corp., were presented on July 25th in Atlanta during the Annual Georgia 4-H State Congress. Georgia 4-H’ers and county/state faculty and staff were honored at a banquet held the final evening of the three-day event.
Meadows has worked in extension for 19 years in Seminole County and was appointed as county extension coordinator. In her role as an extension agent, she has led 20 students to be District and State Officers, 44 students to State Congress, and 1,000 members to participate in 4-H Judging Teams.
The William H. Booth Award is an honor acknowledging both peer recognition and career achievement. Extension agents from all four districts were elected from their district for seven+ years in 4-H professional achievement, 4-H educational development, professional and university service, and philosophy. Nominees must complete a rigorous application and interview process.
APGG opens state-of-the-art blanching facility
(8/8/19) American Peanut Growers Group (APGG) hosted a special ribbon cutting celebration Tuesday, August 6th at 11 a.m. to mark the opening of its new state-of-the-art blanching facility within the APGG complex located at 5212 Georgia Highway 39 in Donalsonville.  The new blanching facility will add 17 full time jobs, a substantial increase to the local property tax base, and will be an economic boost to the Donalsonville and surrounding tri-state communities.
President and CEO Neal Flanagan welcomed a standing room only crowd of employees, board members and community, state and national leaders. Speaking to the crowd after Flanagan,  Georgia Agriculture Commissioner Gary Black praised the company for its far forward thinking  and its positive impact on the Southwest Georgia region and beyond. Dignitaries addressing the crowd also included USDA’s Under Secretary for Marketing and Regulatory Programs Greg Ibach and Donalsonville Mayor Dan Ponder.
APGG is a grower owned peanut shelling facility with 109 member owners from southwest Georgia, northwest Florida, and southeast Alabama.  The APGG project is an exemplary model of a community growing from within, and has gained support and attention from both state and national levels.
Zack Alday’s jersey
to be retired Friday
(8/15/19) During halftime of the Seminole County, Early County scrimmage game Friday night, August 16, the Seminole County Indian football #75 jersey of former Indian Matthew “Zach” Alday will be ceremoniously retired.
Navy Hospitalman (E-3) Alday paid the ultimate price in service to his country  when he was killed in action during combat operations against enemy forces in Qaim, Iraq.
Standing 5’ 9” and weighing in at 175 pounds, Alday played linebacker for the Indians and graduated from Seminole County High School in 2002.
Alday becomes the fifth Indian to have his football jersey retired, joining Timothy Jones, Gerald Cainion, Eddie Carthon and Phillip Daniels.

SEPTEMBER
Joyce’s Jog closes chapter with donation for free
mammograms
(9/5/19) Joyce’s Jog founders Karen Ponder and Steffey Vines presented Donalsonville Hospital with  a $13,000  generous donation to close out the twelve year race tradition. Donalsonville Hospital was honored to receive the donation and will be able to offer free mammograms for the entire month of October.
James Moody, Chief Financial Officer at Donalsonville Hospital said, “We are so thankful to Joyce’s Jog for allowing us to fulfill the legacy of Joyce Payne Henley by offering patients the best in 3D mammography diagnostic testing.”
While Joyce’s Jog has officially ended, the tradition and meaning will live on in the newly created Rejoice Run & Mom’s Mile.
Beginning Sept. 24 dial 911 for a Police emergency
(9/12/19) Effective Tuesday, September 24 all emergency callers to the Donalsonville Police Department (DPD) are asked to dial 911.
“Safety and providing the most efficient service to our citizens are our number one priorities,” commented Donalsonville Police Chief Woodrow Blue.
By directing all emergency calls through the Seminole County 911 Center’s system  DPD will have access to an accurate address for each caller and a recording of the call.
Non emergency callers to the Donalsonville Police Department will dial 229-524-2175.
Big Jim’s cooking for state title at Jekyll’s Shrimp and Grits Festival
(919/19) Chef Aaron Rognstad, along with mom and dad, Reed and Steve Rognstad of Lake Seminole’s Big Jim’s Restaurant and Oyster Bar, will battle it out in the “Georgia’s Best Shrimp & Grits” cooking competition this weekend at Jekyll Island’s Shrimp & Grits Festival held annually at the Jekyll Island Club Hotel.
The Seminole County team will take on eight other chefs from eateries across the state including the 2018 defending champion, Eagle Creek Brewing Company from Statesboro, the 2016 champion, West Egg Café in Atlanta, and returning competitors Sweet Potato Café from Stone Mountain, Honey Café in Millen, and the Jekyll Island Club Resort. New contenders joining Big Jim’s include The Blue Bicycle in Dawsonville, Natalia’s in Macon, and The Lodge at Sea Island, located on neighboring St. Simons Island.
Fire Chief Dean King receives 2019 President’s Award
(9/26/19) GAFC President Charles Wasdin presented the Georgia Association of Fire Chiefs 2019 President’s Award to Donalsonville Fire Rescue Chief Dean King in recognition of his many years of dedicated service, accomplishments, and contributions to the Georgia Fire Service.
President Wasdin presented the award to Chief King at the annual Georgia Fire Service Conference held last week in Albany.
Will Pace appointed to
Student Advisory Council
(9/26/19) Seminole County Middle/ High School is proud to announce that Will Pace has been selected among an  elite group of young people to represent our school and our area at the State Capitol.  Mr. Kent Richardson, school principal, states, “We would like to congratulate Will and offer him our total support as he begins this exciting endeavor in representing Seminole County and for his many accomplishments in achieving this honor.”
The State Superintendent of Schools’ student advisory council is a group of students in grades seven through twelve who discuss how decisions made at the state level are affecting students throughout Georgia. 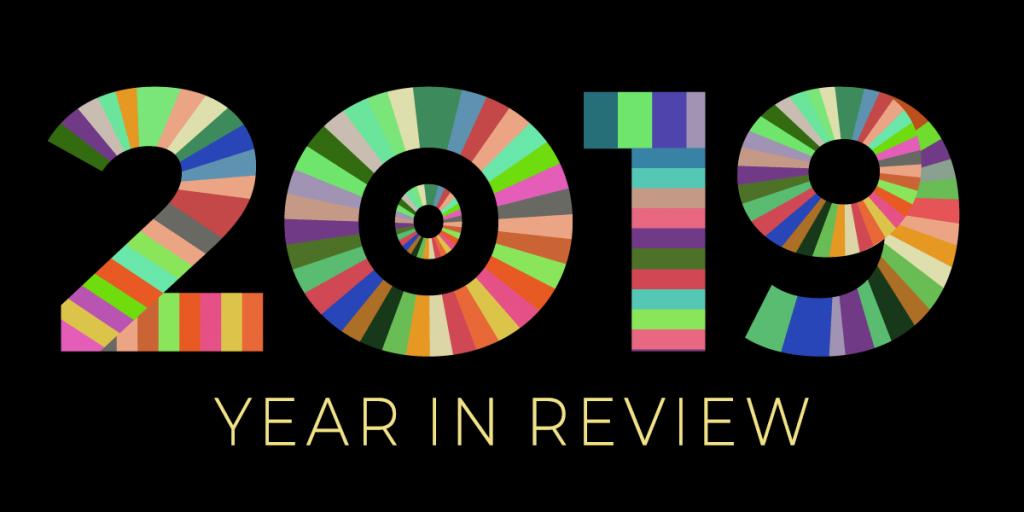