Citizens of Donalsonville and Seminole County paid tribute to the late Rev. Dr. Martin Luther King on Monday, January 20. The day’s festivities were met with cold temperatures, but sunny skies made for a picture-perfect day to celebrate the life and legacy of the civil rights leader. The celebration began shortly after 10 a.m. as the Martin Luther King, Jr. Day parade moved along Second Street to the Seminole County courthouse steps for a brief program. The birthday observance of Dr. Martin Luther King Jr.  was hosted by Live Oak African Methodist Episcopal Church and this community. The march began at 10:00 a.m. at Macedonia MB Church and ended at the Seminole County courthouse.

The group then gathered at Live Oak for services. The opening hymn was “Lift Every Voice and Sing”, followed by the invocation by Bro. Joe Dupree. Sis. Shirley Moore read the scripture, Deuteronomy 2:1-12, then the community choir sang “Mine Eyes Have Seen the Glory”. Bro. Frank Leonard gave the welcome and Bro. Wayne Coachman spoke about the occasion, followed by a solo, “It’s Time to Make a Change” by Bro. Lindsay Register. Rev. Kenneth Cody introduced the guest speaker, Rev. John Law. Bro. Anthony Pearman sang “God’s Grace, It Was God’s Grace”. Rev. Law’s text was from Joel 2:28-30 and the subject was “Keep the Dream Alive; A Dreamer of Dreams”. An invitation to Christian discipleship followed. Beaulah Weaver, Veronica White and Earline Sanders collected the offering.  The community choir sang “We Shall Overcome”, followed by acknowledgements and remarks by Sis. Anna Wynn and Rev. Cody. Rev. Law gave the benediction.

“We are still confronted with the dichotomies of joy and sorrow, love and hate, violence and nonviolence, justice and injustice. Therefore, we must continue to pray, fast and study God’s Word, and apply it to our lives every day! As Christians, our lives are to reflect the teachings of Jesus Christ and Dr. King in words and deeds. When this happens, liberation and social change will occur. In words spoken by then President Barak Obama after the tragedy in Tucson, Arizona, we need to ‘pause for a moment, and to make sure that we are talking to each other in a way that heals, not a way that wounds’.”

The annual MLK March paid tribute to King, one of the greatest orators in American history who worked to raise public consciousness on human rights issues. In 1964 he received the Nobel Peace Prize for his work to promote equality and social justice through nonviolent means. 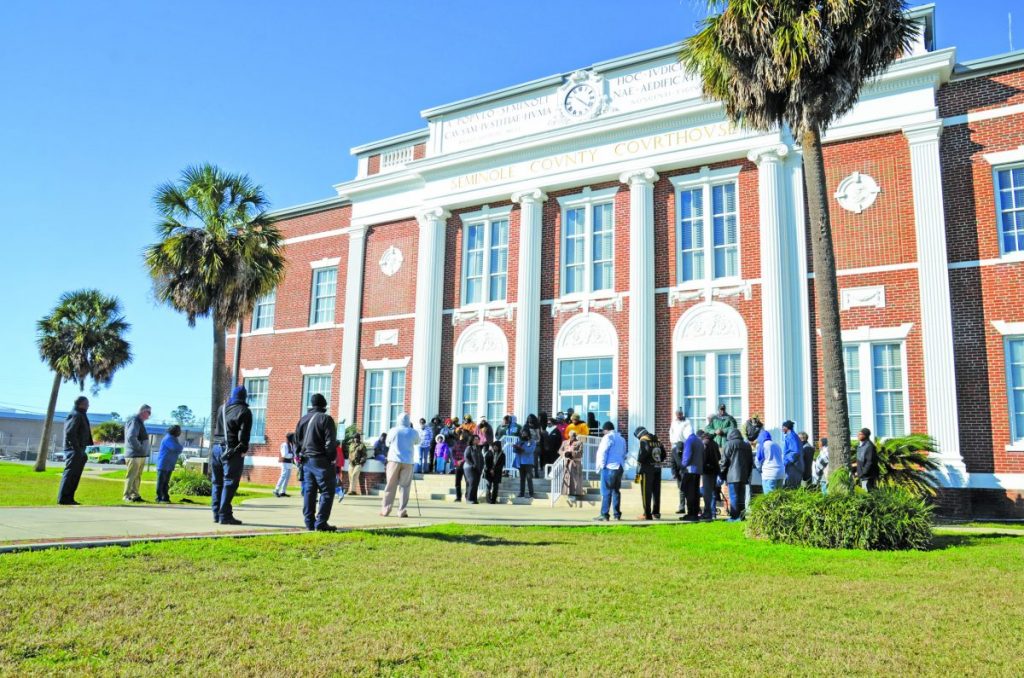