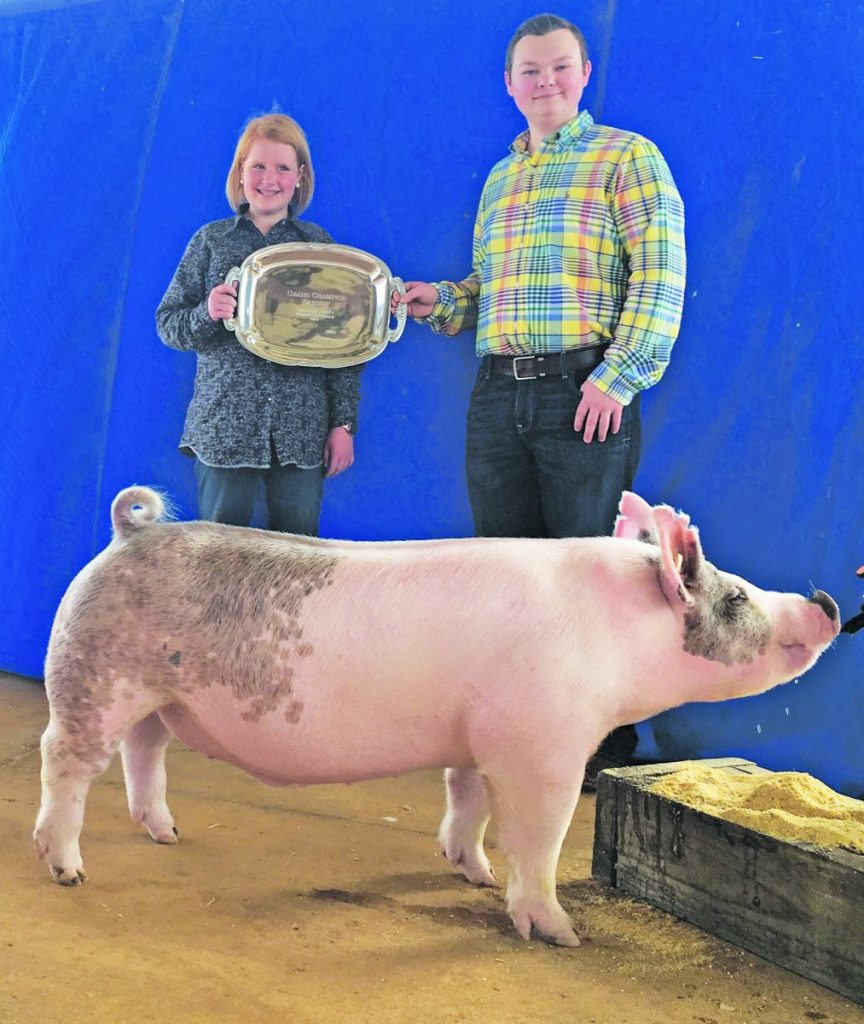 Pictured above is Meg Mathis with her 2019 Grand Champion Barrow

Thirty-nine 4-H and FFA members will be competing in the annual Seminole County Chamber of Commerce Market Hog Show to be held Saturday, February 15 at the Seminole County Agriculture Center located on Town and Country Road in Donalsonville. The public is invited to come out, enjoy the show and have lunch at the concession stand.  All concession stand proceeds will be donated to the show’s exhibitors.

The weigh-in for the County Show will be from 7:00 a.m.-8:30 a.m. with the show starting at 11:00 a.m. – or when judge arrives from judging the hog show in Decatur County.  After the show there will be a fun showmanship event for children who are not currently showing.  Exhibitors are responsible for asking permission to borrow a hog to show for this class, and it must be a hog that is being shown in the county show.  The Market Hog Show’s special awards will be announced following the show.

Sponsorships and donations from individuals, businesses and groups are still being accepted and if you wish to be a donor for the show, call 229-524-2326.