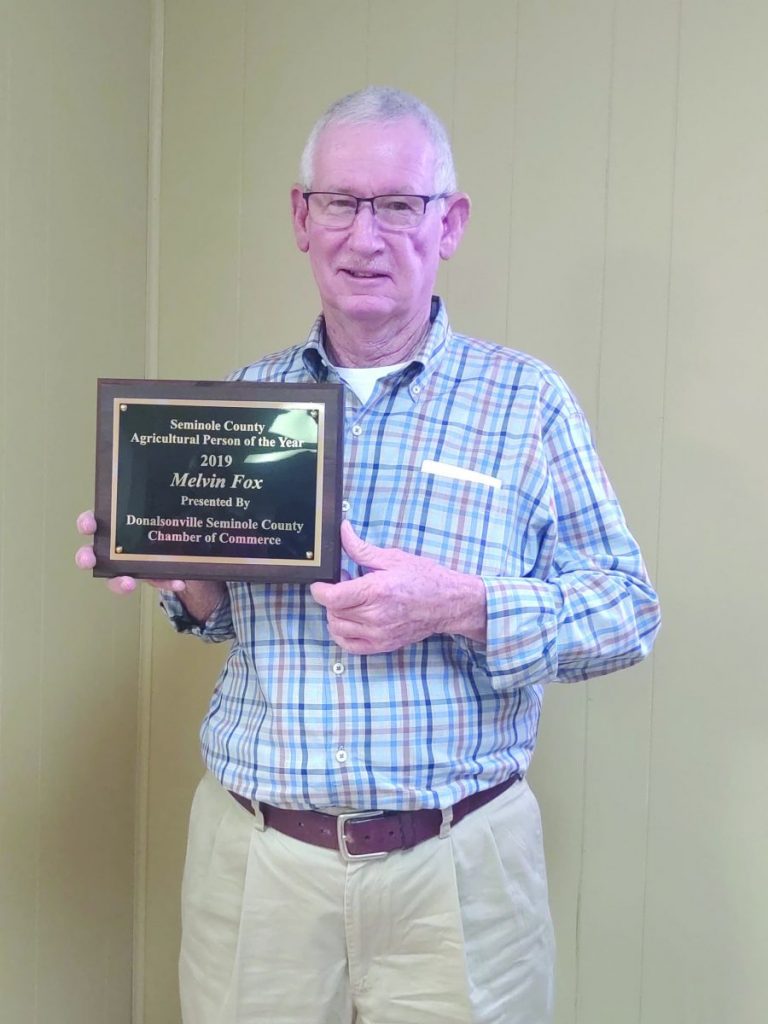 Fox was born in Pulaski, TN.  He was a great athlete in Giles County and later attended David Lipscomb University where he played basketball for two years before attending Middle Tennessee State University where he obtained his degree in Physical Education.  He started work for Triangle Chemical Co on January 1, 1976 and moved to Bainbridge.  This person has been a member of various agricultural organizations such as the Georgia Crop Production Alliance; Southern Crop Production Association; Georgia Plant Food Association; Georgia Fruit & Vegetable Growers Association and Georgia Agribusiness Council.

He has been a strong supporter of the 4-H, FFA and Young Farmer organizations as well as other agricultural events and activities in the community.  This man has also coached Little League teams in the past, and has always supported sports teams and the Seminole County recreational department. He and his wife Kathy married on September 11, 1976 and moved to Donalsonville. They have one daughter, Kyla, a granddaughter, Malyn and a son-in-law, Nick.