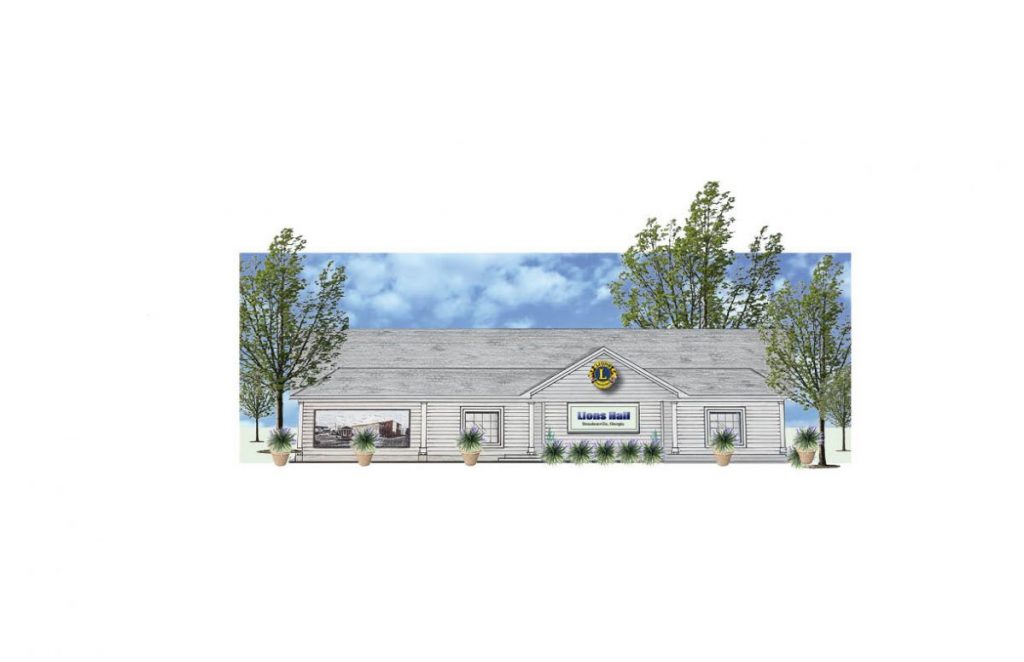 Construction to begin in March on new Lions Hall

As of press time Wednesday morning, February 26, it had been 512 days, or one year, four months, sixteen days, ten hours and thirty minutes, since the 160+ mph winds of Hurricane Michael stormed through Seminole County. The storm’s wide path of devastation included the complete destruction of the Donalsonville Lions Hall on Wiley Avenue.

The damaged building, resembling an opened  sardine can, has been an eye sore of a reminder of that horrific day that changed all of our lives here in Southwest Georgia forever.

After lengthy negotiations with insurance providers and discussions with engineers, architects, contractors, sub contractors and attorneys, that reminder will soon be a goner.

Work began last week on the removal of the crumpled roof. Once the roof is completely removed the remainder of the building will be demolished, and beginning in March, construction on a new 4,720 square foot facility will begin.

“It has been a stressful, lengthy  road getting us to this point,” commented Donalsonville Lions Club President David Maxwell. “Sadly, having to keep the building in its storm-ravaged state for over a year has been a not so pleasant experience for Lions Club members, as well as members of the community having to look at the site on a daily basis. I am so happy to report that that period has ended and a new day has dawned for the Donalsonville Lions Club and downtown Donalsonville, as we watch over the next seven months an attractive facility rise from debris.”

The new building, projected to be completed in time for the community’s October Centennial Celebration, has been designed for beauty and function adding windows, LED lighting, and an overall design with columns to compliment the design of the gazebo in the park just southwest of  the facility.

Maxwell added, “On behalf of the club I would like to thank every person, group and organization who has played a part in getting us to this point, and a special thank you goes out to Lion David Fain and Donalsonville’s First Presbyterian Church for providing meeting space and accommodating the club’s weekly lunch meetings for the last seventy-two weeks.”