The order, which takes effect at noon Tuesday and runs until noon April 6, also will close all bars and nightclubs in Georgia and prohibit gatherings of 10 or more unless the participants remain at least six feet apart.

The state Department of Public Health will be authorized to close any businesses that aren’t complying with the order.

“These measures are intended to ensure the health and safety of Georgians from across our state,” Kemp said during a late-afternoon briefing streamed from his office at the state Capitol. “I ask for everyone’s cooperation over the next two weeks.”

The governor’s order came as the number of cases of COVID-19 rose to 772 in 67 Georgia counties and the number of deaths climbed to 25.

Kemp specified that the groups of Georgians considered at risk of contracting coronavirus include residents of long-term care facilities, patients with chronic lung disease or undergoing cancer treatment, those who have tested positive for the virus, have symptoms of COVID-19 or have been exposed to someone with coronavirus.

Kemp also announced he has joined 21 other governors in a letter to congressional leaders asking that block grant funding to the states be included in a massive $2 trillion economic stimulus package before Congress. One of the sticking points that has been holding up an agreement between Republicans and Democrats in the U.S. Senate over the aid package is whether direct funding to state and local governments should be included.

“Governors are on the front line of this fight, and many of us are spending heavily at the end of the budget year,” Kemp said. “We desperately need these resources.”

Kemp said part of the financial impact is in the form of soaring applications for Medicaid, PeachCare for Kids and food stamps. He said the state is working on a plan to provide extra food stamp benefits in March and April.

Kemp provided an update on the medical equipment and supplies the state is bringing on line in the fight against coronavirus. He said 30 ventilators were sent on Monday to hospitals in Dougherty and Floyd counties, areas particularly hard hit by the virus relative to their populations.

With capacity running short at Phoebe Putney Memorial Hospital in Albany, he announced plans to reopen an adjacent north wing with at least 26 rooms. Another facility in Albany with a capacity of about 60 beds also has been identified, he said.

Kemp said the state is asking federal officials to allow the temporary facility opened at Dobbins Air Reserve Base in Marietta earlier this month to house passengers from a cruise ship to remain open after all of the passengers leave for their homes. It has about 200 beds that can be used if needed, he said.

Also, construction has been completed on an isolation zone at the Georgia Public Safety Training Center in Forsyth with a capacity for 20 emergency housing units. The campus at the center also has room for about 200 patient beds if needed.

The state also has opened up the pipeline to get hundreds of thousands of masks, gloves and other personal protective equipment to all 142 hospitals in Georgia for doctors, nurses and others on the front line of caring for coronavirus patients.

Kemp thanked Georgians who have heeded the warnings of state and federal health officials to stay at home if at all possible and make only essential trips. He urged Georgia citizens to remain vigilant.” 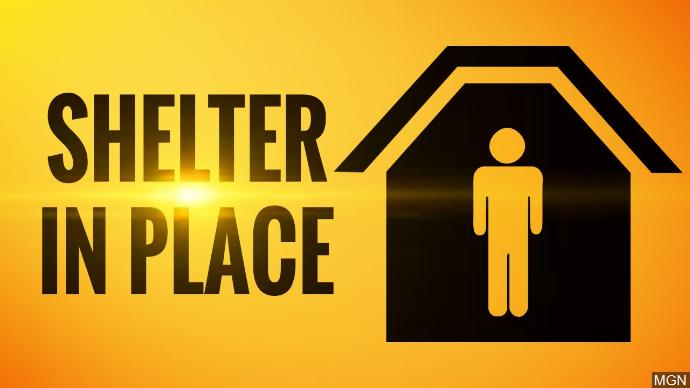 We cannot let this virus defeat us,” he said. “We are stronger than this crisis, and we will weather the storm.”